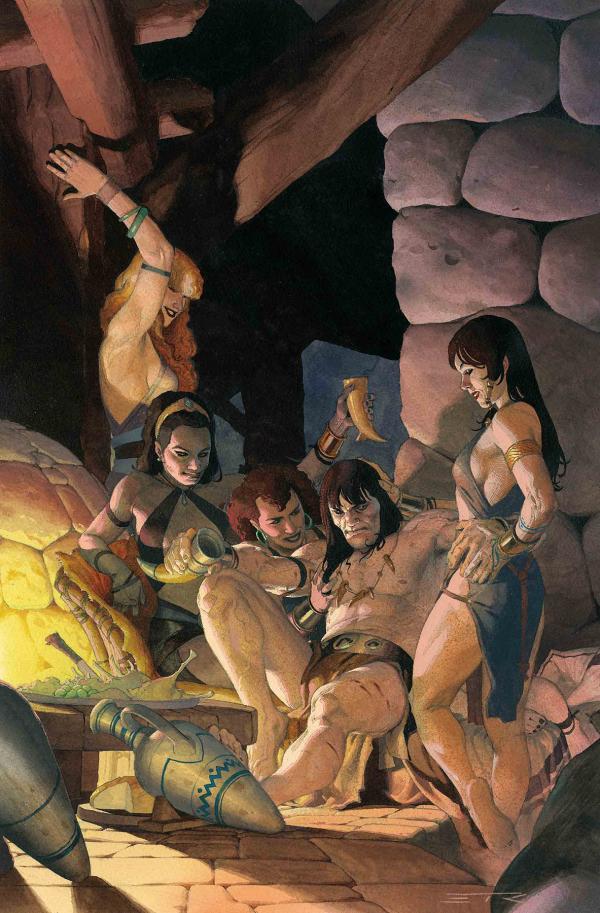 THE MANY LOVES OF CO NAN! •  There have been many loves of Co NAn's life beyond ale and battle. •  But nothing is sacred as the CRIMSON WITCH twists what is truly best in life! •  PLUS: The next chapter in the all-new CO NAN novella "BLACK STARLIGHT"! Parental Advisory 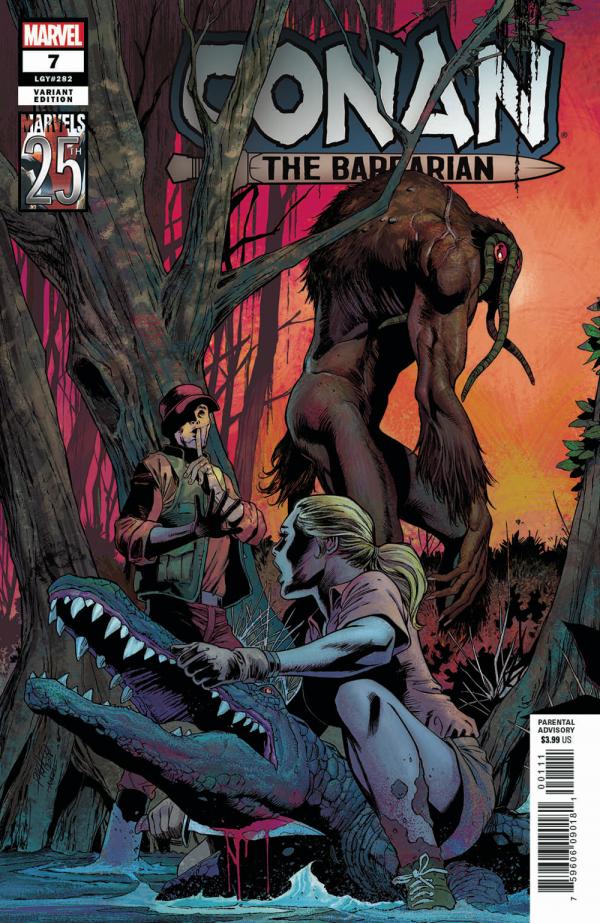 THE MANY LOVES OF CO NAN! •  There have been many loves of Co NAn's life beyond ale and battle. •  But nothing is sacred as the CRIMSON WITCH twists what is truly best in life! •  PLUS: The next chapter in the all-new CO NAN novella "BLACK STARLIGHT"! Parental Advisory

LIFE AND DEATH OF CO NAN BOOK ONE

The greatest sword-and-sorcery hero of all returns to Marvel! From an age undreamed...hither came Co NAn the Cimmerian, black-haired, sullen-eyed, sword in hand, a thief, a reaver, a slayer, with gigantic melancholies and gigantic mirth, to tread the jeweled thrones of the Earth under his sandaled feet. Co NAn's travels have brought him to the far reaches of the unknown, from his birthplace in Cimmeria to the kingdom of Aquilonia and all in between. But as his fighting prowess lets him carve his way through life, so too does it attract the forces of death! And few are more deadly than the Crimson Witch. Robert E. Howard's legendary barbarian stars in an all-new ages-spanning saga as the destiny of Co NAn - and King Co NAn - are forever changed! Collecting CO NAN THE BARBARIAN (2019) #1-6. Parental Advisory

CO NAN TP JEWELS OF GWAHLUR AND OTHER STORIES

Co NAn the Barbarian hunts one of the world's greatest treasures! In an action-packed adaptation by P. Craig Russell, Co NAn seeks the prized Teeth of Gwahlur. But when he discovers that a former dancing girl is being compelled to pose as a long-dead oracle, can he use this knowledge to outfox his opponents on the hunt for the jewels? Plus: In more action-packed tales by top-flight talent, a king's daughter is kid NApped by a sorcerer - and only Co NAn and the girl's sister can save her! And intrigued by a leader known as the "Mad King of Gaul," Co NAn joins his army - but when tragedy strikes, will Co NAn be worthy to wear the crown? Collecting CO NAN AND THE JEWELS OF GWAHLUR #1-3, CO NAN AND THE DAUGHTERS OF MIDORA, CO NAN AND THE MAD KING OF GAUL and CO NAN: THE WEIGHT OF THE CROWN.  Parental Advisory 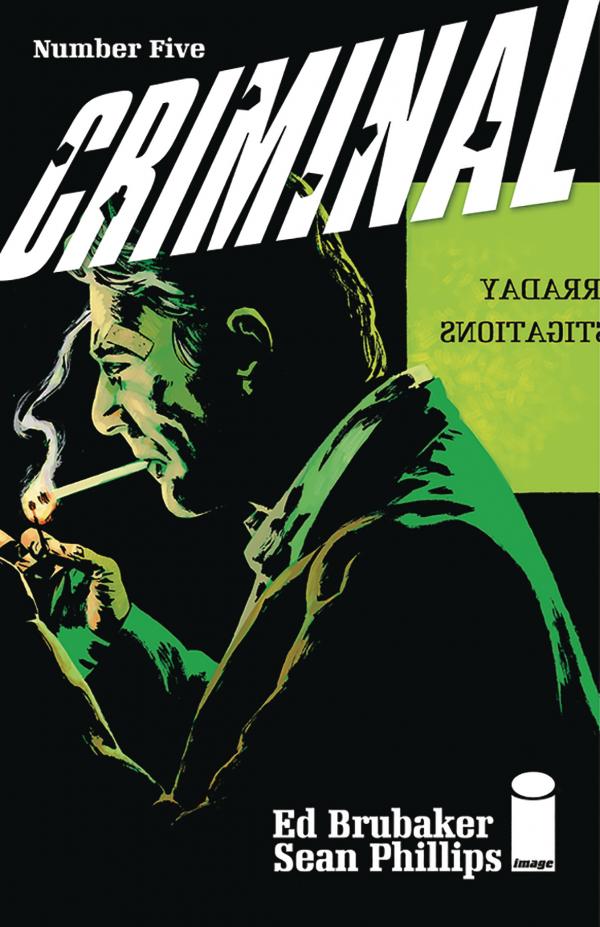 Dan Farraday, private detective and skip-tracer, comes to town looking for a dangerous woman. This issue begins the long and winding tale of THE SUMMER OF '88... the story of the last days of Teeg Lawless. As always, CRIMI NAL contains back page art and articles only found in the single issues. 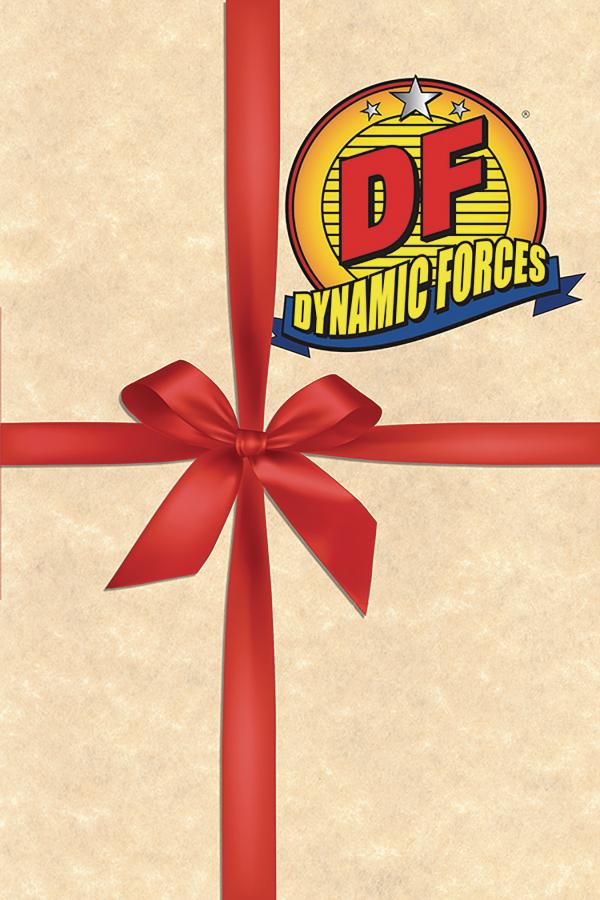 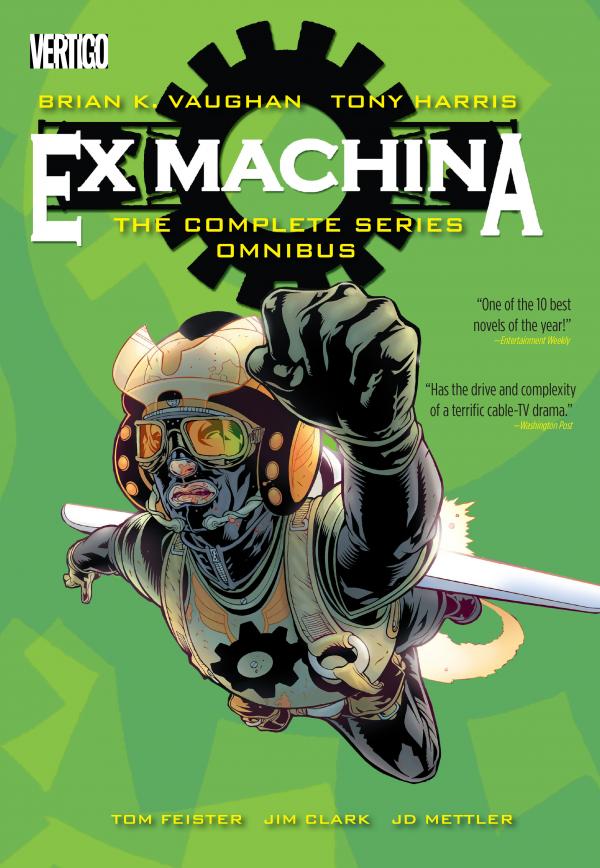 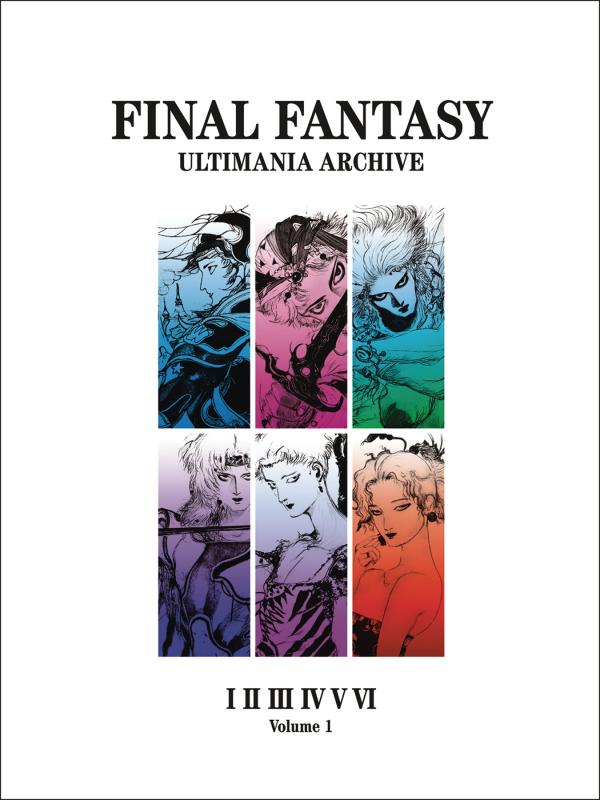 Dark Horse and Square Enix are thrilled to offer the first of three volumes celebrating the entrancing lore and exciting development of the initial six entries into the Fi NAl Fantasy saga. This astonishing journey through the creation of the semi NAl roll playing epic is fi NAlly available in English under official license for the first time ever! 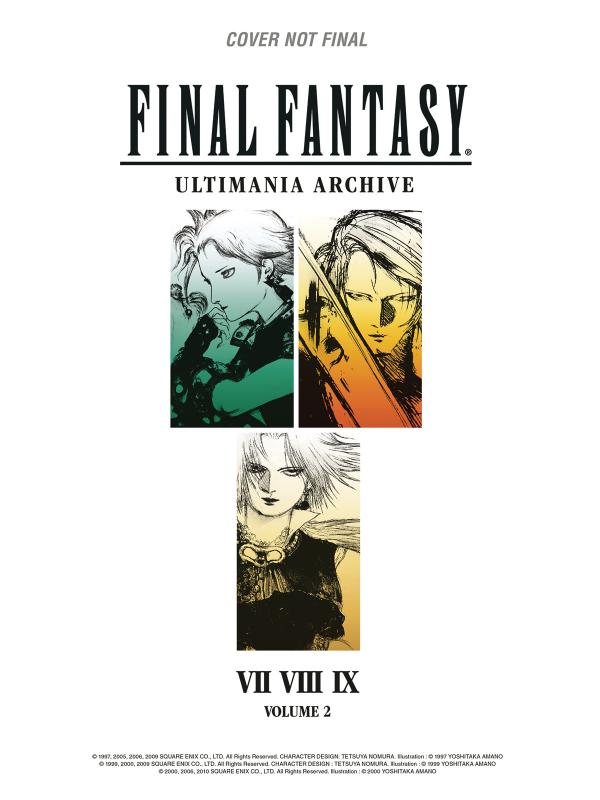 Explore the art and adventure of the quintessential entries in the Fi NAl Fantasy saga with this gorgeous 300-plus-page hardcover. Collecting concept art, design notes, creator retrospectives, and more from Fi NAl Faintasy VII, VIII, and IX, Dark Horse and Square Enix's journey through the creation of the groundbreaking role-playing masterpiece continues! Collecting the art and notes from the creation of Fi NAl Fantasy games seven-through-nine. Available in English for the first time! 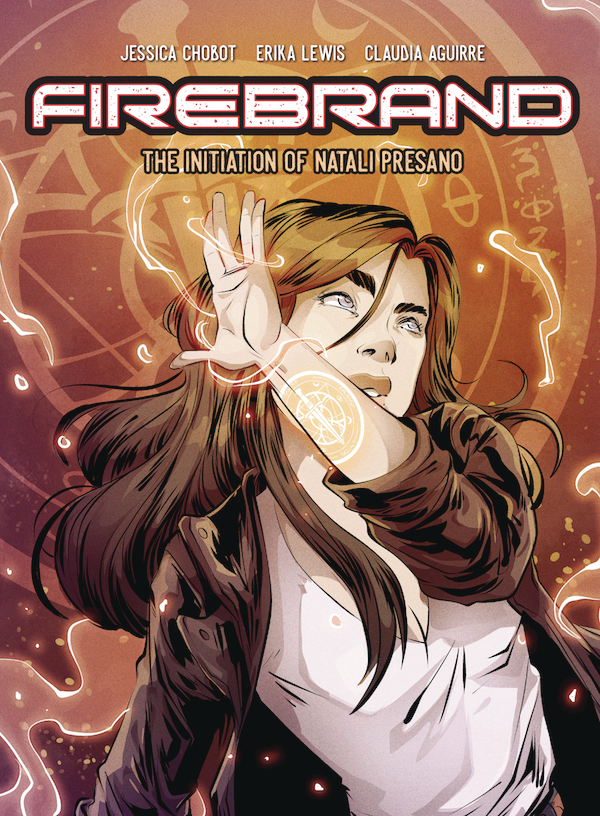 NAtali Presano never fit into her father's perfectly human world: politically ambitious, he turned his back on her just when she needed him most. Losing her mother to tragedy as a young child, NAtali fled the safety of home into the arms of her aunt Sele NA, the mysterious guardian of a magical order waging a centuries-old war for survival in the mountains of Spain. NAtali, now in her 20s, has followed in her aunt's footsteps, becoming a powerful but rebellious witch in her own right. Returning to Seattle, she finds herself caught between a cruel modern world and the ancient evil threatening to destroy it. 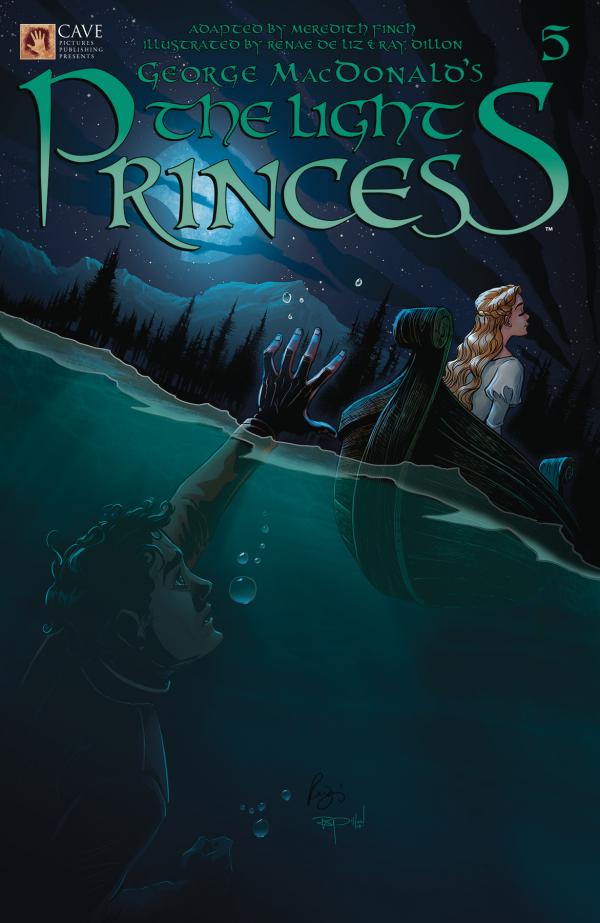 The Prince willingly volunteers to give himself on behalf of the Princess and her lake, but will it be too little too late? 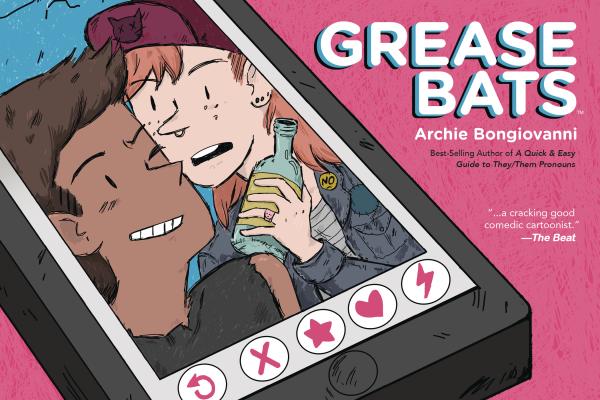 Along with their friends and plenty of beer, Andy and Scout are just trying to make it through their 20s, survive late capitalism, and NAvigate the dating world. Tough and loving Andy is a genderqueer trans individual, who dates like there fs no tomorrow while Scout, an all-feelings-all-the-time mistake-maker, is still languishing over her ex-girlfriend cfrom like two years ago. Created by Archie Bongiovanni ( The Quick and Easy Guide to They/Them Pronouns ) and origi NAlly published on Autostraddle, this edition collects all the best misadventures, internet dates, and bad decisions in one place! 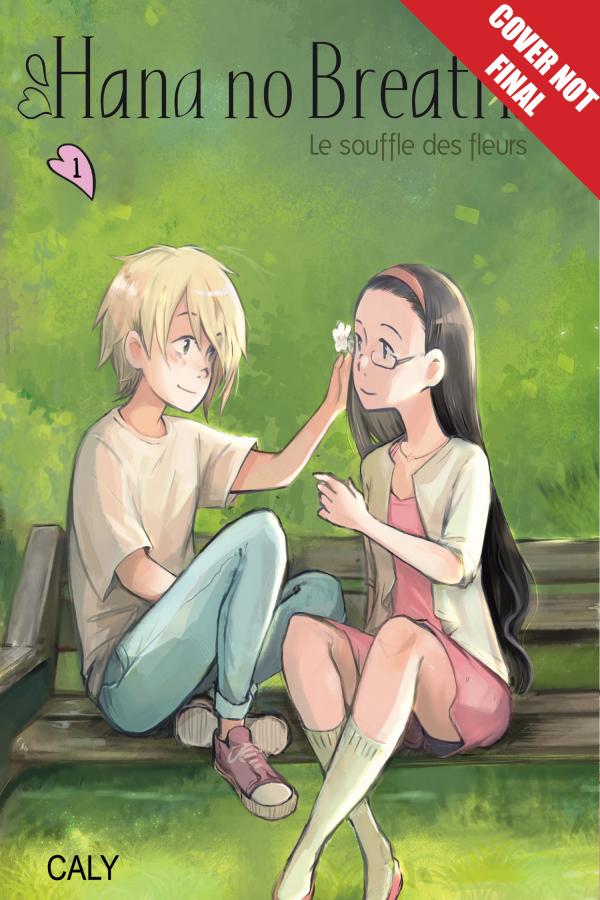 Azami, 16, does not understand her friends' passion for Yuri and Yaoi ... She only LOVES boys, and especially the beautiful Gwen, with whom she dreams of going out since the beginning of the year! Smart, sporty, a little older than her and above all ... cute! He has everything for the ideal boyfriend. But how will Azami react when she finds out that Gwen is actually a girl? Teen Audiences. 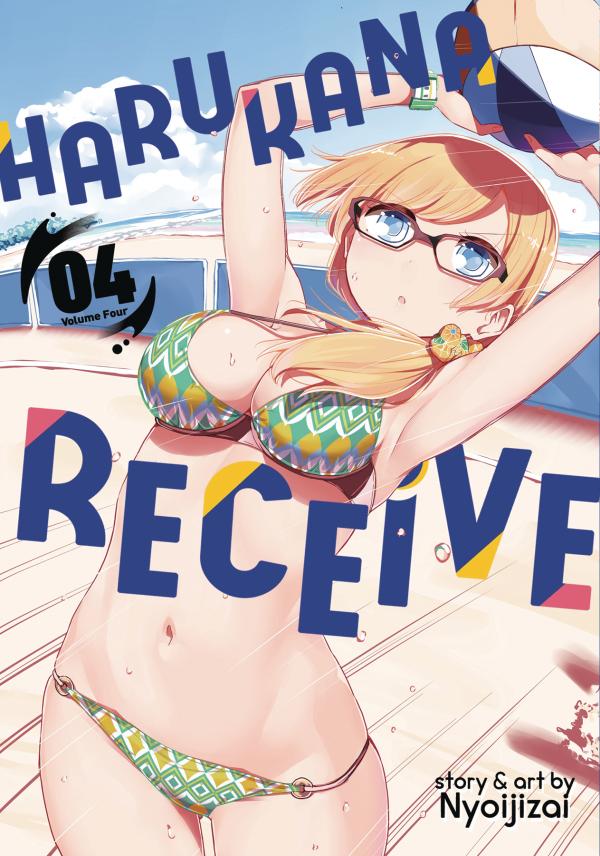 When high schooler Haruka moves to Oki NAwa, she finds herself e NAmored with the beach right outside her front door and resolves to form a volleyball team with her cousin, Ka NAta. However, because she's so short, Ka NAta gave up on volleyball ages ago. Can Haruka get her to take up the sport again in time for the junior tour NAment? 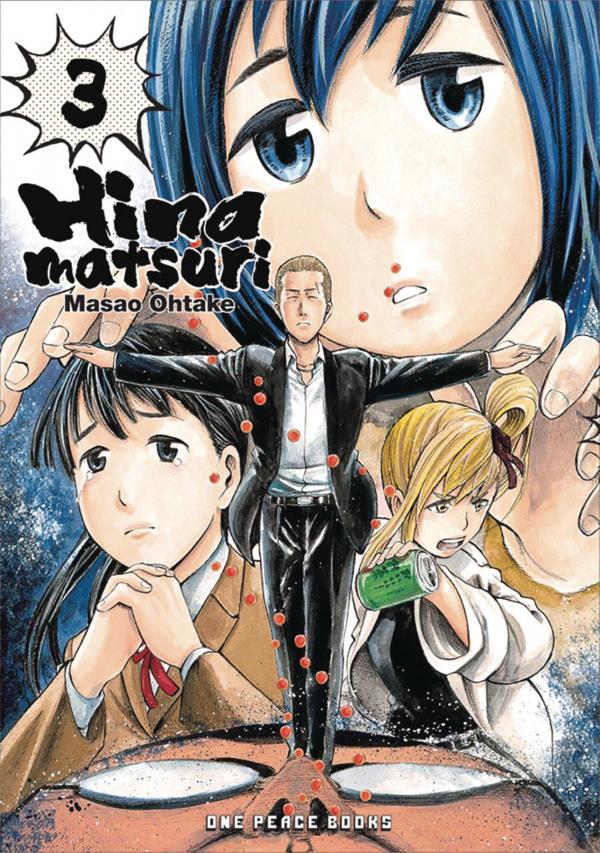 The Doll Festival, or Hi NAmatsuri, is a celebration held in hopes that young girls grow up healthy and happy. Fortu NAtely, as the bizarre world of Hi NAmatsuri continues to unfold, our beloved characters are all doing just that: audacious-little-psychokinetic Hi NA, brave-homeless-girl Anzu, and talented-junior-high-schooler Hitomi.