With the memories of those they've lost fresh in their minds, Team Scorpio has finally made it to the hive. But as they fight their way through, they'll also uncover a disturbing secret that could tip the balance in their fight against the Swarm. Don't miss the penultimate issue of this new Gears of War mission! Gears of War games have collectively garnered more than 520 media and industry awards, accolades, and nominations. With The Coalition and franchise co-creator Rod Fergusson leading development, Xbox Game Studios is tripling down on "Gears of War" with three new titles: Gears 5, Gears Pop!, and Gears Tactics. Ask your retailer about the limited Pierre Droal variant! 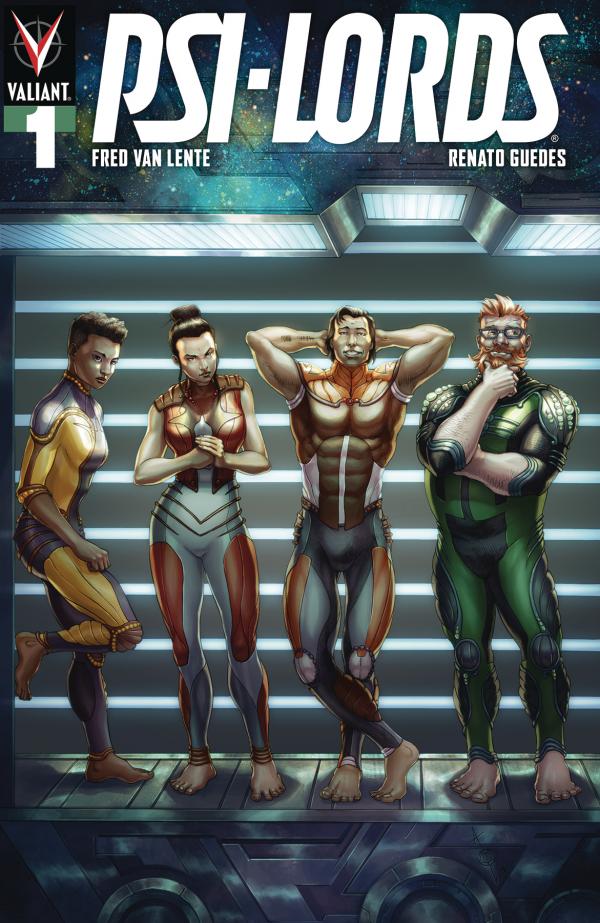 Who are the cosmic beings known only as the Psi-Lords? And how will they change the course of the Universe in this brand-new ongoing series? Four astronauts awake in an otherworldly prison with no memory of how they got there! What is their connection to the Psi-Lords? And how will they escape? Fred Van Lente is crafting a lively sci-fi mystery, and Renato Guedes' art is (literally) out of this world.