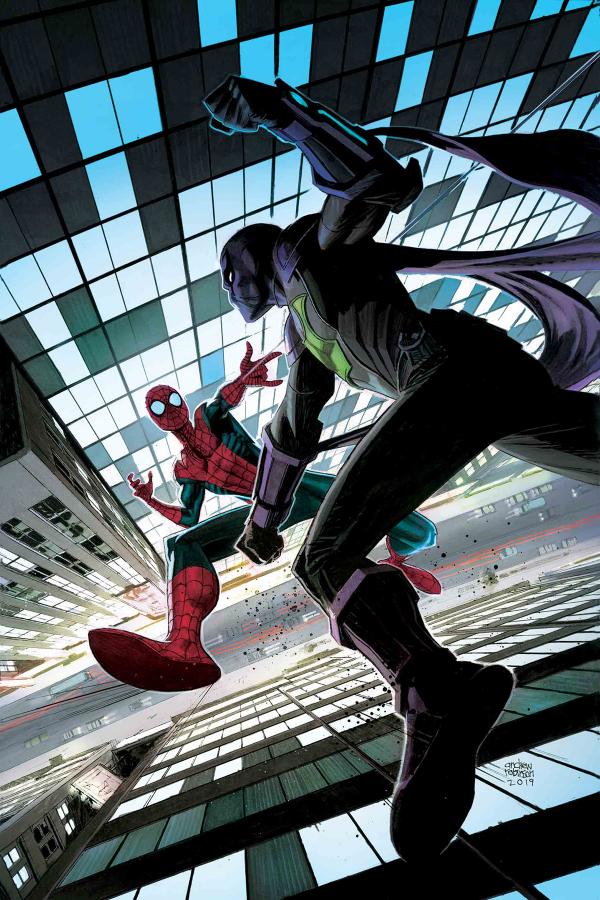 • As seen in AMAZING SPIDER-MAN #15, Aunt May is reopening the F.E.A.S.T. Center to help the homeless and needy of New York City! •  But things are rarely as simple as that in the Marvel Universe as F.E.A.S.T. and the new funding May has secured to try to make her dream a reality is under attack by...THE PROWLER?! •  Has Hobie Brown returned to his criminal beginnings? Can Spider-Man help bring him back to the side of the angels? Rated T 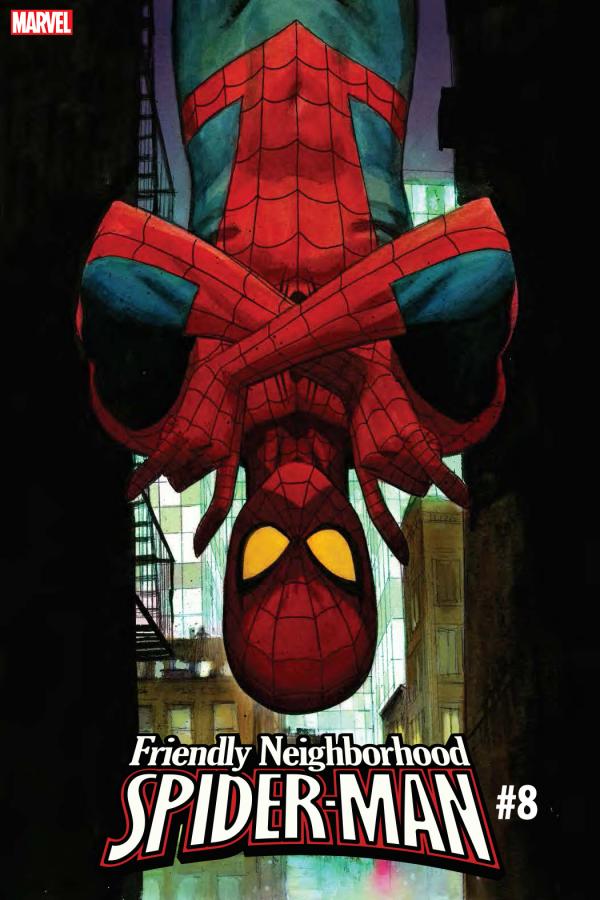 • When things go nuts at the F.E.A.S.T. Center, it leaves Aunt May FURIOUS, and no one rests when Aunt May is angry. •  So Spider-Man has to kick an investigation into high gear into the Prowler and what he's up to! •  Peter has a lot of skills, but he is no Sherlock Holmes. The World's Worst Detective calls on his new ally the Rumor to help him! Rated T 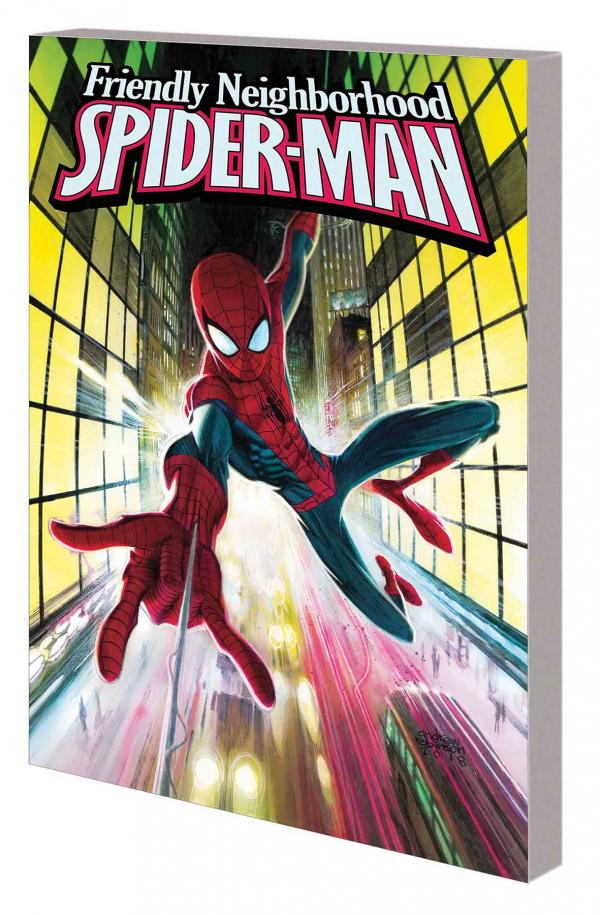 Spider-Man is the worst neighbor ever! There are always crazy villains and property damage and drama and...and he catches those villains. And he tries to fix the damage. And he helps carry your groceries. And actually that property damage keeps the rents down. You know what? Spider-Man is the best neighbor ever, and this book will give you a closer look at Spider-Man's (and Peter Parker's) neighborhood than any before it! But it wouldn't be a Spider-Man adventure without a threat that could destroy not only Spider-Man, but also all his friendly neighbors - and it's going to take him far from home, to a part of the Marvel Universe you've never seen before! Plus: Aunt May has a shocking secret that could change everything for Peter and his family! Collecting FRIENDLY NEIGHBORHOOD SPIDER-MAN (2019) #1-5. Rated T 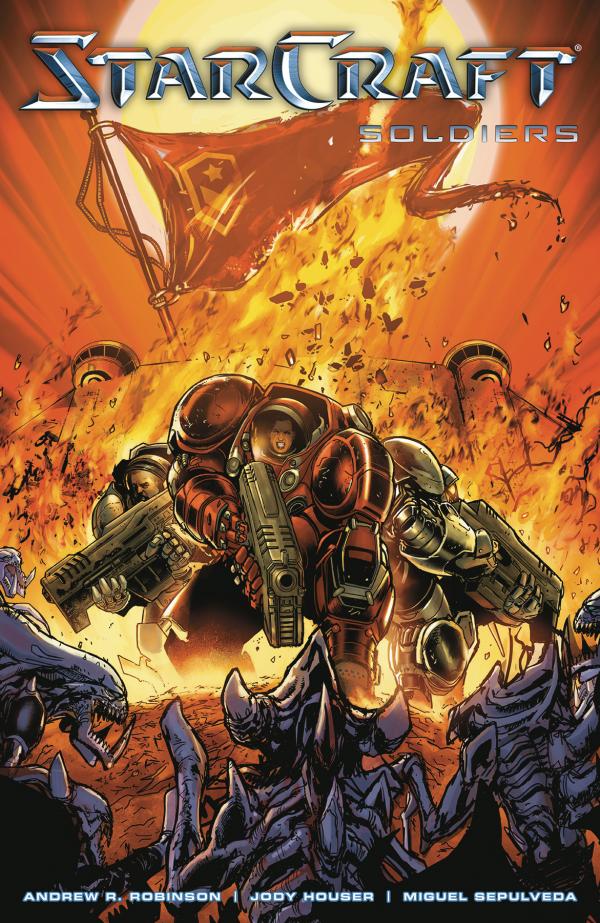 Newly graduated Lieutenant Shivani Singh wants to defend the Dominion on the front lines, but it will take more than good grades and confidence to survive on the edge of zerg space. Jody Houser (Stranger Things) is joined by Blizzard Entertainment comics writer Andrew R. Robinson (Overwatch Anthology), with art by Miguel Sepulveda (Lone Wolf 2100). Collects issues #1-#4 of the miniseries, which is based on an original story by Blizzard Entertainment's Starcraft game team and Andrew R. Robinson. 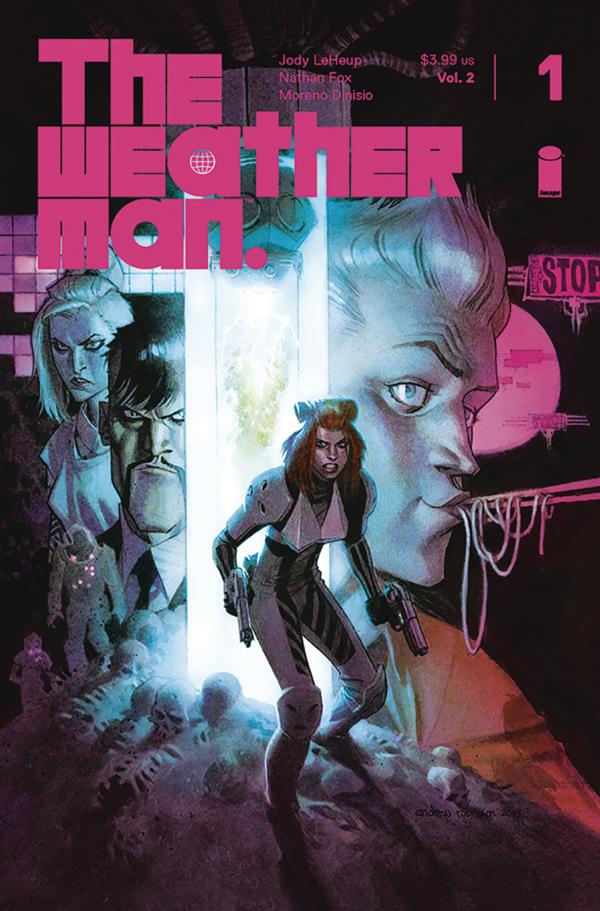 Nathan Bright has no memory of his alleged role in the terrorist attack that killed 18 billion people, but that isn't stopping him from trying to atone for the actions of his past self. Hunted by literally everyone in the galaxy, Nathan's quest for redemption takes him to the scene of the crime-where he discovers that Earth's not lifeless at all... it's monstrous! This summer, writer JODY LEHEUP (SHIRTLESS BEAR-FIGHTER!), artist NATHAN FOX (HAUNT, DMZ), and colorist MORENO DINISIO (BLACK SCIENCE) return with the hotly anticipated second chapter of their jaw-dropping, critically acclaimed sci-fi sensation!