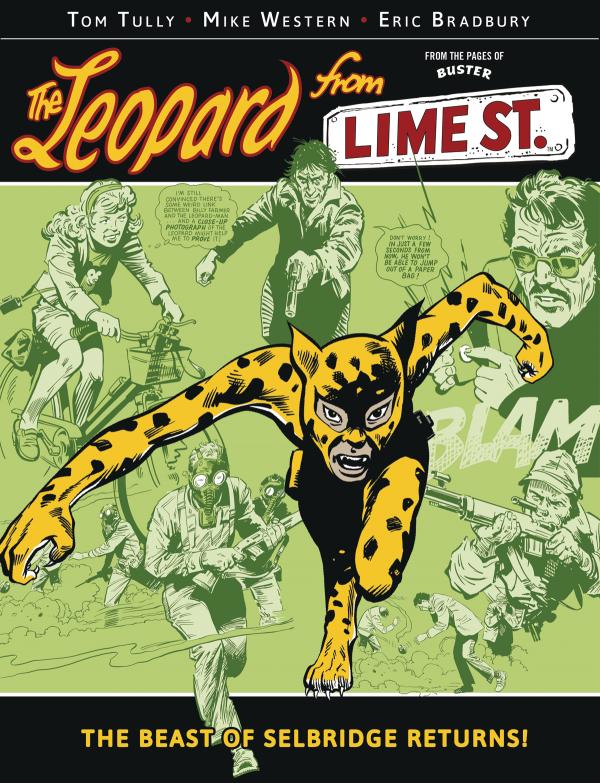 The "UK's answer to Spider-Man" returns in the second collection of this long lost classic from the hugely popular and long running Buster comic. After being scratched by a radioactive leopard, Billy Farmer discovered that he had somehow developed the powers of the mighty jungle cat. Life is getting tougher for Selbridge's premier crime-fighter. The criminals are getting tougher, his the local newspaper editor is out for his blood and now his new leopard skin costume is turning him into a savage beast! To make matters worse, a girl from his school suspects his true identity! Is this the end for the Leopard from Lime Street?