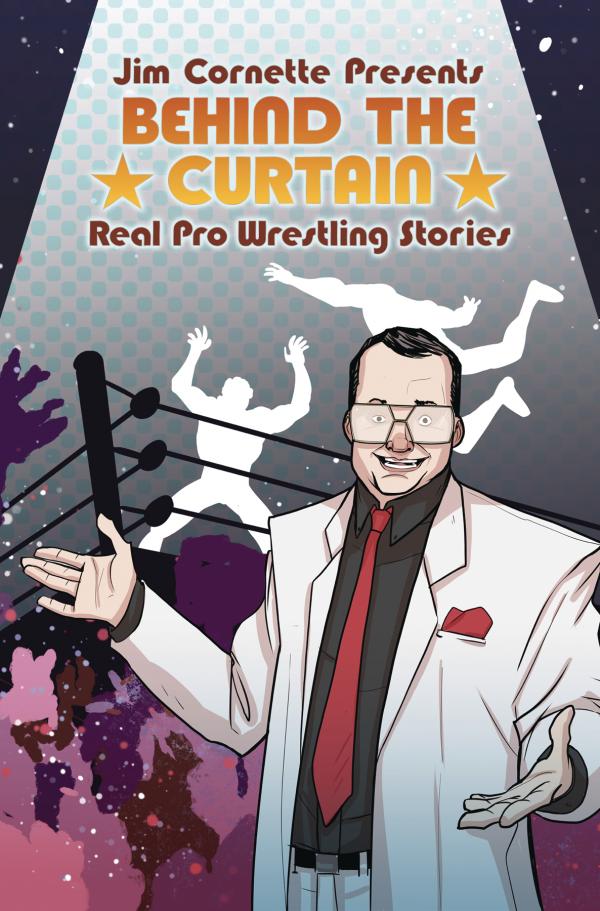 Pro-Wrestling's secrets and greatest moments are immortalized in this graphic novel from legendary wrestling personality JIM CORNETTE. A true-story style anthology, these "insider" tales will show the lengths that wrestlers went to uphold "kayfabe" (the old carny term for the presentation of legitimate conflict), as well as the noteworthy cultural, racial, and economic effects these events and characters had on society. This is the graphic novel that old school wrestling fans have been waiting their entire lives for: a no-holds-barred representation of the moments that wrestling insiders couldn't talk about for years. Advance solicited for August. Featuring appearances by Ric Flair, Jerry Lawler, Andy Kaufman, Sputnik Monroe, The Sheik, Junkyard Dog, the Fabulous Freebirds, the Midnight Express, Bret Hart, and Shawn Michaels.