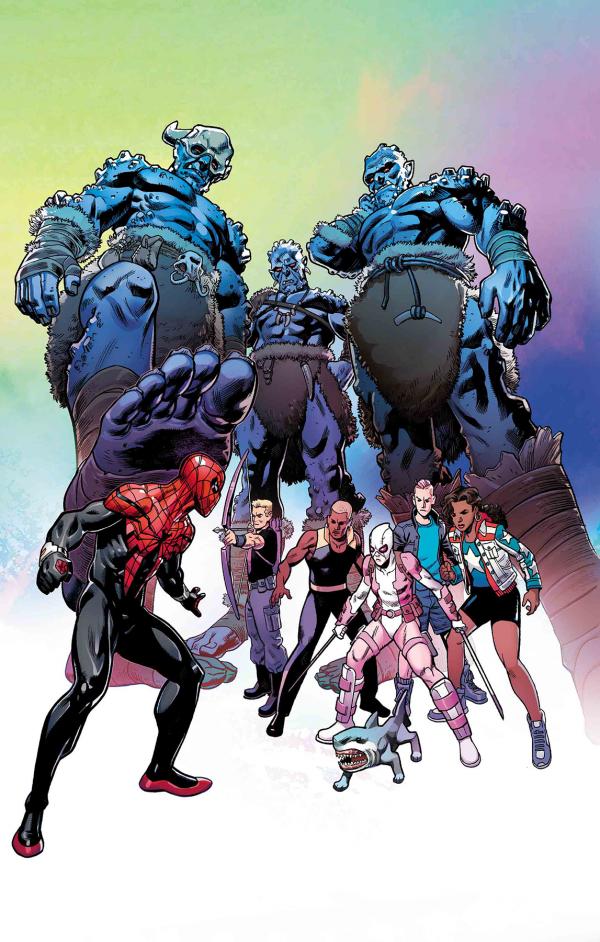 WAR OF THE REALMS TIE-IN! •  Like the rest of America, the West Coast is overrun with Frost Giants and in CHAOS! •  But Otto Octavius doesn't settle for chaos and will WIN THE WAR OF REALMS SINGLE-HANDEDLY. •  Well, maybe not single-handedly. He needs minions. Super-minions! So he recruits the WEST COAST AVENGERS! •  Uh-oh. Rated T 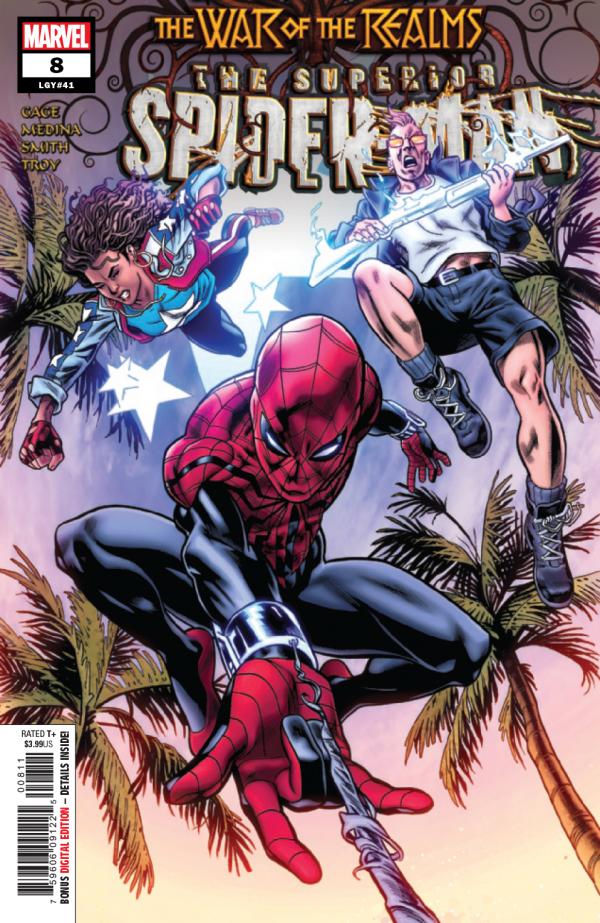 WAR OF THE REALMS TIE-IN! •  Otto Octavius and Quentin Quire - BFFs! •  With America Chavez as the power, transportation and...well...only real hero, can Superior Spider-Man and the West Coast Avengers help turn the tide against Malekith and his forces? Rated T