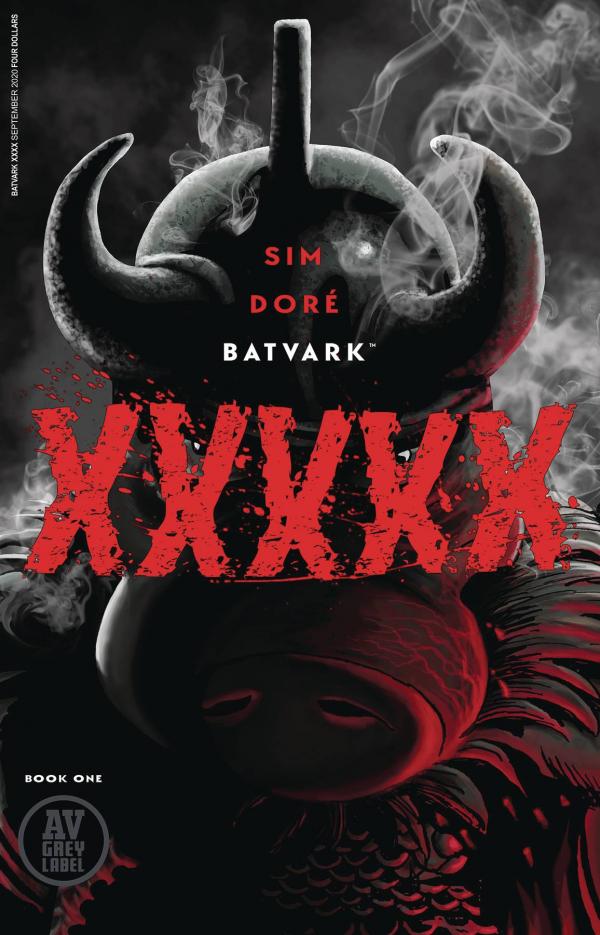 Parody of the 2018-19 Batman: Damned proving that even a low-budget publisher like Aardvark-Vanaheim can do a cheesy knock-off of Neil Gaiman's 1990 Books of Magic. All you need is a cast of mystery characters and a title character with "Bat" in his name! Batvark gets a new XXXXX - Michelangelo's David's XXXXX, in fact! - so he can "Go Commando" and have the "fine art defence" for legal cover. Note: This is a penis-less titled variant cover to Batvark Penis. 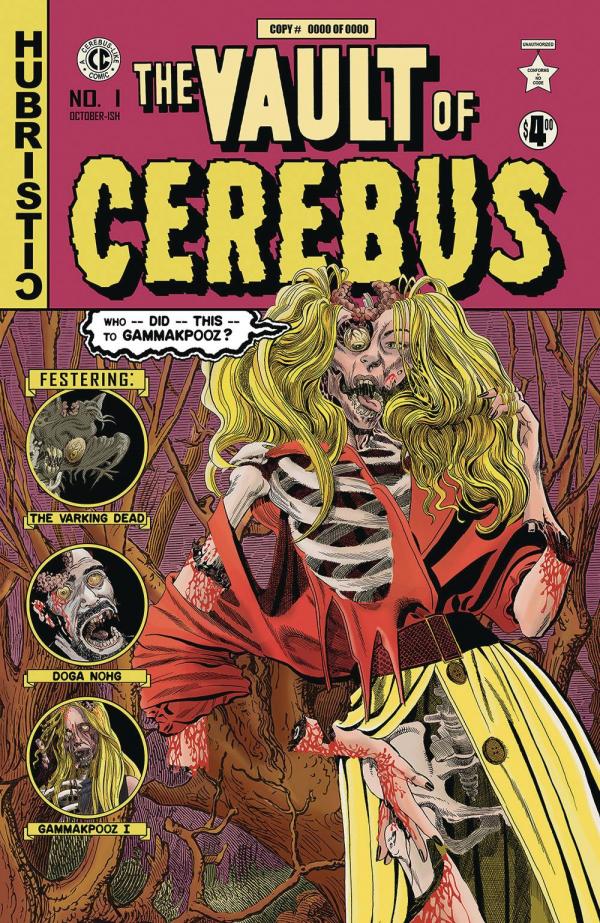 VAULT OF CEREBUS ONE SHOT #0

First annual Hallowe'en Special because a) it's an EC Horror parody and b) unlike everyone else's Hallowe'en Special it will actually come out in October!  Featuring not only Benjamin Hobbs' sequel to The Varking Dead (March, 2020) featuring Batvark and the previously Un-Beddable Vark (who is now fornicating like crazy with the Varking Dead and only qualifies as "un-beddable" because no beds are  involved) but also featuring two big 7-page gammakpooz stories written by Dave Sim, "I, gammakpooz!" and "gammakpooz and me" featuring multiple uses of the previously unpublished variant glamourpuss zombie cover!