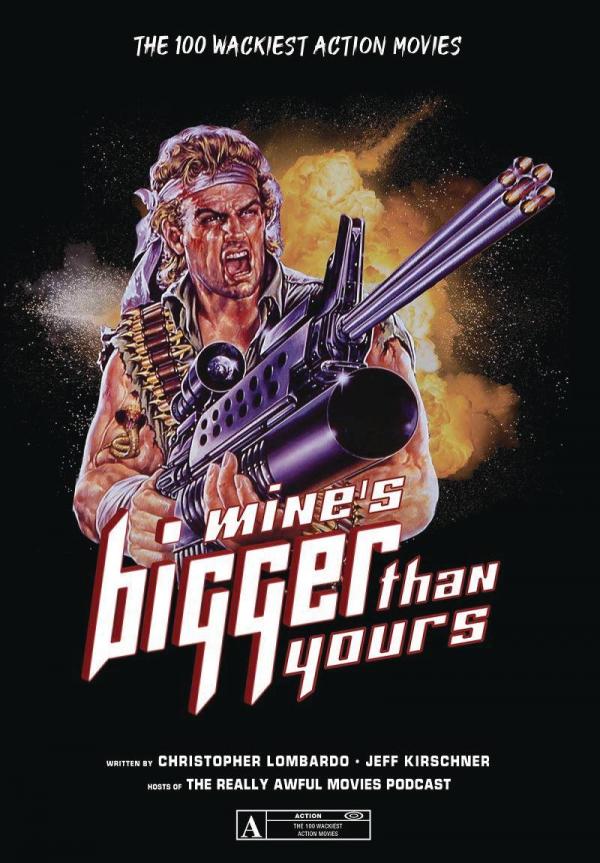 MINES BIGGER THAN YOURS

A celebration of the wildest and weirdest that action cinema has to offer, the hosts of the Really Awful Movies podcast take you on a fun-filled pilgrimage through the nuttiest movies in the genre. Traversing both decades and continents, these 100 titles reach beyond the typical patron saints of action, giving unsung genre heroes like Vic Diaz, Reb Brown, and Godfrey Ho their due. Heroes! Villains! Henchmen! But something's typically missing. Usually, it's a budget. Often, it's talent. But that doesn't mean these films aren't as entertaining as any mainstream fare.