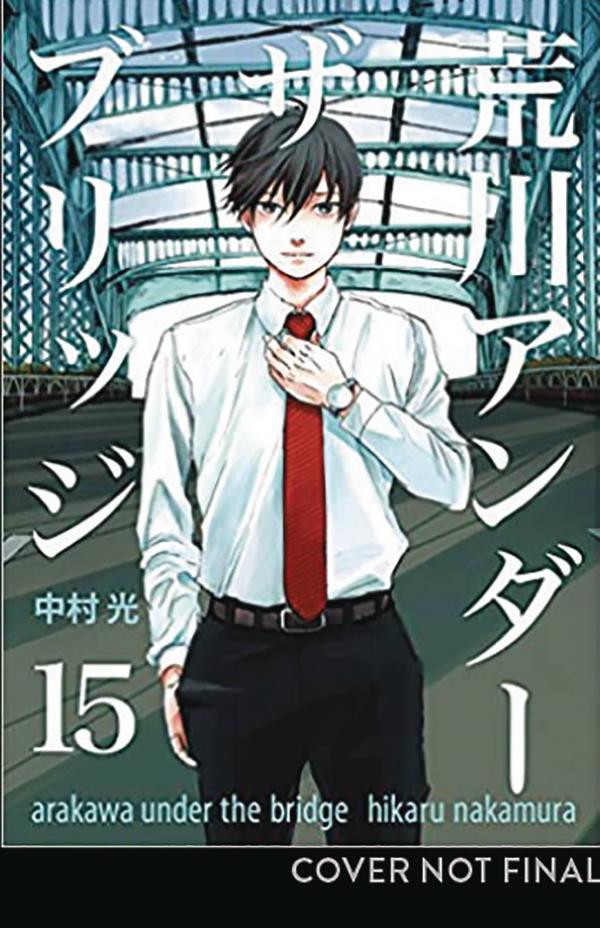 ARAKAWA UNDER THE BRIDGE GN #8

Best-selling mangaka Hikaru Nakamura (Saint Young Men) makes her English language debut with this surreal comedy starring a 620-year-old water sprite, a man with a star for a head, a nun, and a samurai who runs a barber shop under Tokyo's Arakawa Bridge. Part 7 contains volumes 13 and 14 of the Japanese edition.     Ichinomiya Kou has always lived according to the creed of his wealthy, successful family: never be in debt to anyone. But one day, after having his pants stolen and hung on the trusses of the Arakawa Bridge by a pack of rogue kids, his life is saved by a homeless girl named Nino. In In order to pay her back, Kou promises to be her boyfriend; and thus begins his new life under the bridge. English Debut from a Best-Seller: Hikaru Nakamura has been a multi-unit seller in Japan for years, making her one of the top ten selling authors in that country in the last ten years. Her comics have inspired a few animated tv series and a pair of movies as well. A proven seller in Asia and Europe, her comics have also been regularly requested in surveys held by Vertical for years now. 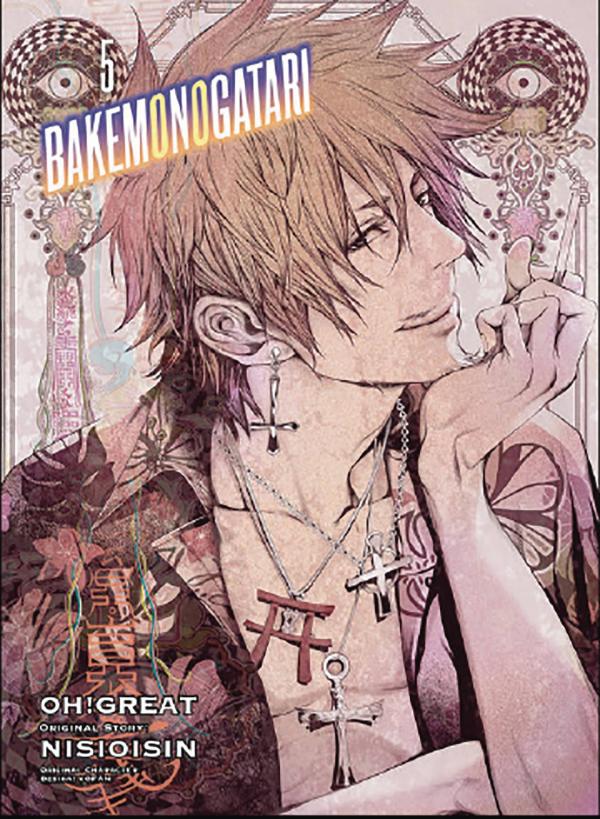 From the best selling novel series by renouned author NISIOISIN, comes the manga adaptation of the Monogatari Series! Artwork by Oh! great.     One day, high-school student Koyomi Araragi catches a girl named Hitagi Senjougahara when she trips. But -- much to his surprise -- she doesn't weigh anything. At all. She says an encounter with a so-called "crab" took away all her weight...     Monsters have been here since the beginning. Always. Everywhere. Coordinated Major Anime Tie-in: The Monogatari series' ongoing TV adaptations, considered a high watermark for the medium, already enjoy a sustained popularity on services such as Crunchyroll and Amazon Video 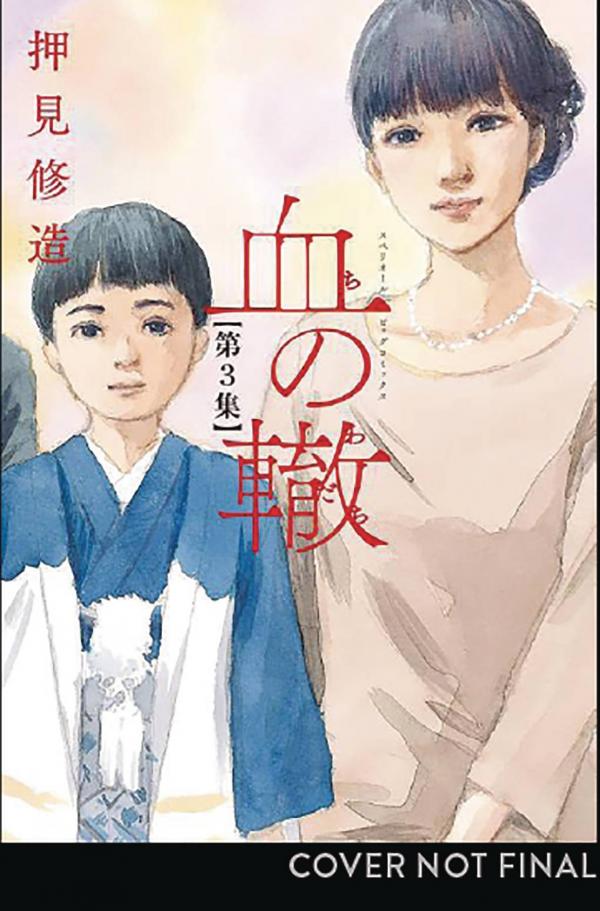 From the creator who brought you notable works such as The Flowers of Evil, Happiness, and Inside Mari, comes a new suspense drama centering on the theme of a toxic parent. Dive into this latest thriller by master storyteller, Shuzo Oshimi.     Ordinary middle school student Seiichi Osabe receives love and care from his mother Seiko. Until one summer an incident changes the family dynamic forever. This is a story of a mother's love that has gone too far.... 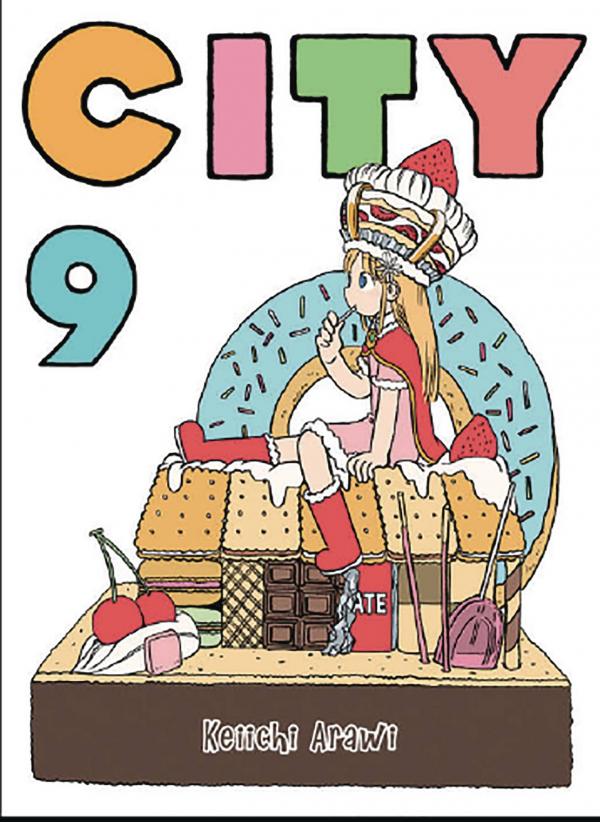 From Keiichi Arawi, the creator of hit series nichijou, comes a new slapstick comedy series about a penniless college student who moves to a town filled with bizarre people. This reckless girl will be the one who eventually sets the city in motion.     Nagumo is in a bit of a bind. She's a college student, and like many people in her situation, is struggling with money. She is in debt and her landlord is trying to shake her down for rent. Asking her friends no longer works! They know her deal and they do not have the cash to prop her up, even temporarily.      So what is she supposed to do under these circumstances? Well maybe bullying would help. Maybe petty theft? Neither one is realistic. Maybe getting a job would settle things... But that means working and not having fun in the big city. That also means not spending all your earnings before paying your rent.      Life in the city is an adventure. Thankfully its a fruitful and entertaining one at that! Pre-Existing Fan Base: Keiichi Arawi has been one of the most beloved manga artists from Japan since his debut in 2006. Having a pair of animated series and two hit manga titles under his belt, Arawi's base has swelled over the last few years. 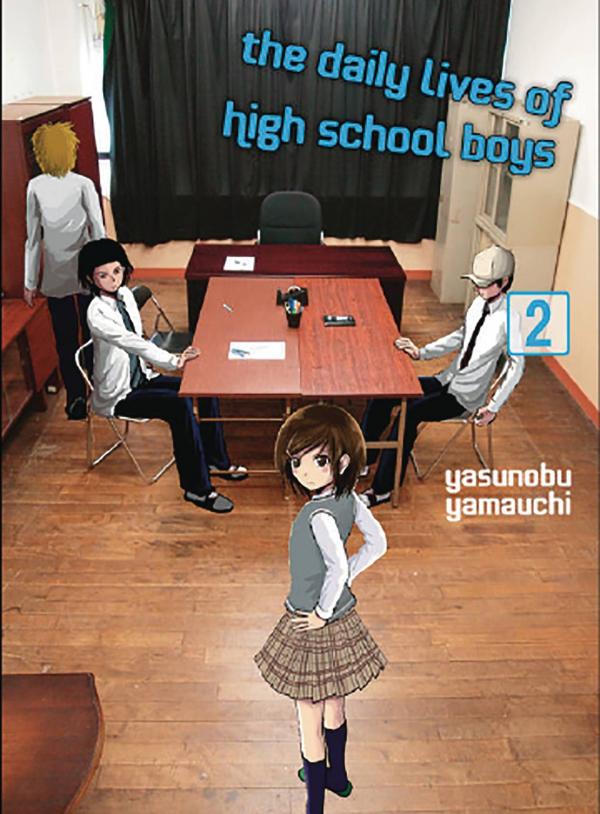 High school boys, be fools! Follow the bizarre adventures of Tadakuni, Hidenori and Yoshitake at the all boys, Sanada North High School. This is a high school slice of life comedy that will keep you laughing. Pre-Existing Fan Base: The property has been known in the U.S. since 2012, as the anime has been streamed on Crunchyroll. We can see fans of nichijou pick this up. Cultural references: the story brings up many properties that young readers enjoy such as Mobile Suit Gundam, fighting, and RPG game references. 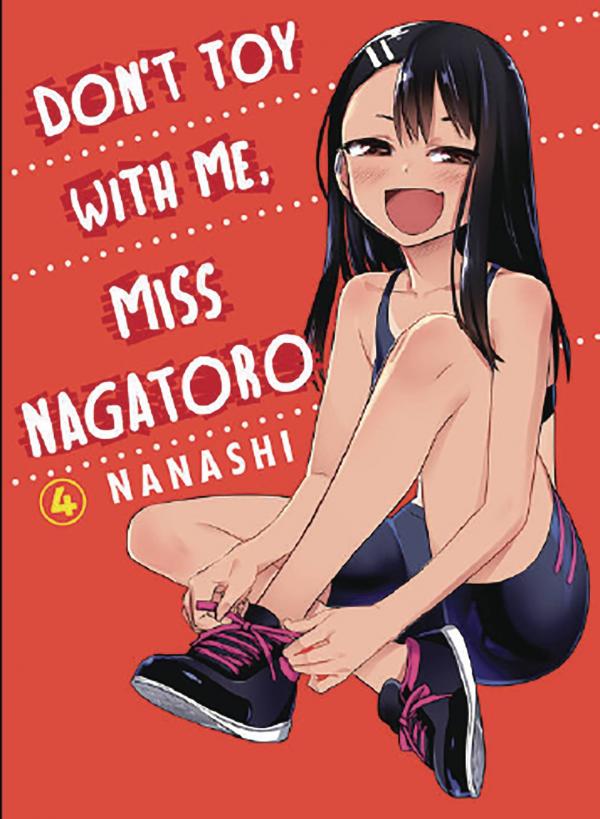 Nagatoro is a freshman in high school who loves teasing and torturing her older male classmate (Senpai). What is her motivation and why does Senpai put up with her? Does Nagatoro just want to create misery for Senpai? Or maybe she secretly likes him? Popular work since 2011: The author started posting early versions of the manga on Pixiv, which is a online community platform for artists and members can provide feedback. And gained popularity through that platform. (Pixiv is a platform with over 30 million users) 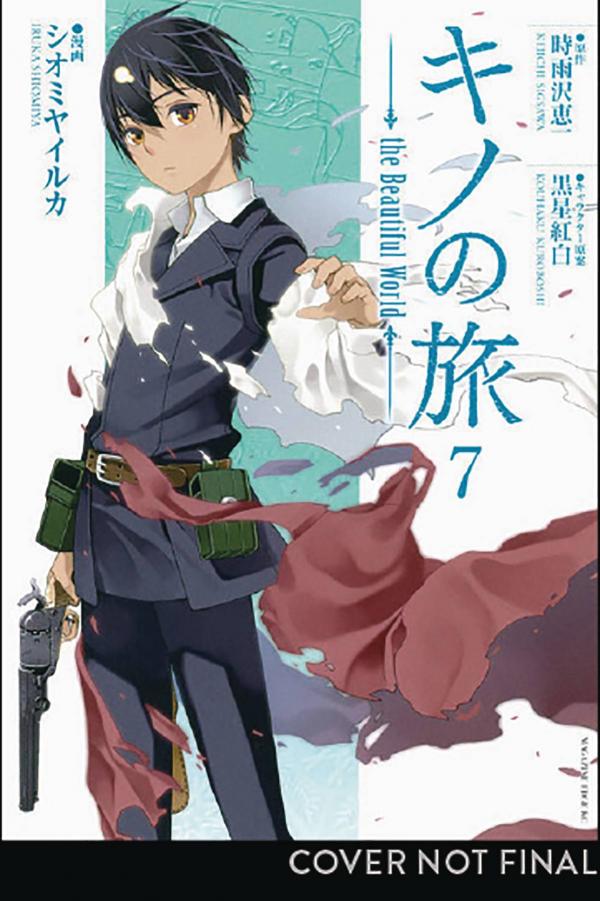 Based on the hit novel series, Kino's Journey now has a beautiful manga adaptation with illustrations by Iruka Shiomiya (Ningen Series).     Kino's Journey is about a character named Kino who travels around the world with a talking motorcycle named Hermes. Together they travel to different countries and meet the inhabitants there. Kino's policy is to only stay three days in every town without exception, saying it's enough time to learn about the each place and moving on to explore the next new place. Major media tie-in: The series started as light novels, the series has been made into manga, anime, films, artbooks and video games. The original anime was first aired in 2003 to great fanfare with DVD selling afterwards. The anime was re-booted in 2017 and currently streaming on Crunchyroll and Funimation.