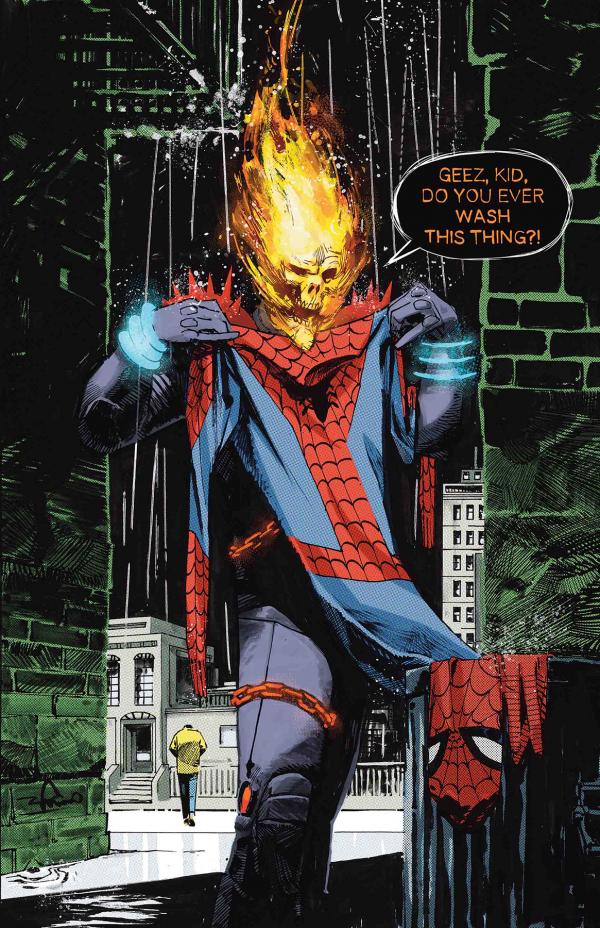 The Destruction of Marvel History continues! •  Can Cosmic Ghost Rider take up the mantle once Spider-Man is no more? •  With great power, there must also come total irresponsibility! •  Take a seat and prepare to have your childhood memories destroyed. Parental Advisory

THREE HULKVERINES - BUT ONLY ONE WEAPON H! Together, the Hulk's old foe the Leader and Weapon H's own creator, Dr. Alba, have managed to do what the Weapon X program never could: capture and transform the two greatest fighters in the Marvel Universe. And now they're heading straight for a nuclear power plant. It's up to Clay to stop them - but what is one Hulkverine against two? The conclusion of the clash of the century! Rated T+