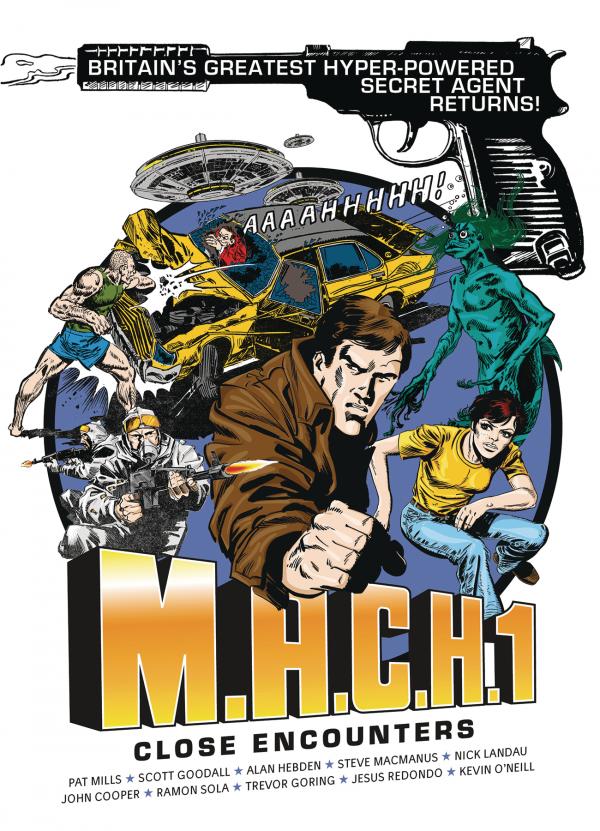 When terrorists, super-weapons and other-worldly forces plot destruction, the British Secret Service need John Probe, their number one super-agent. But when Probe begins to question the motives of his superiors and the ruthless logic of his cybernetic brain, he finds the service has dark secrets up its sleeve... including failed prototype, M.A.C.H. Zero! Featuring a galaxy of the finest ever British comic creators including PAT MILLS (Slaine), Kevin O'Neill (League of Extraordinary Gentlemen, Nemesis) and Garry Leach (Miracleman)!