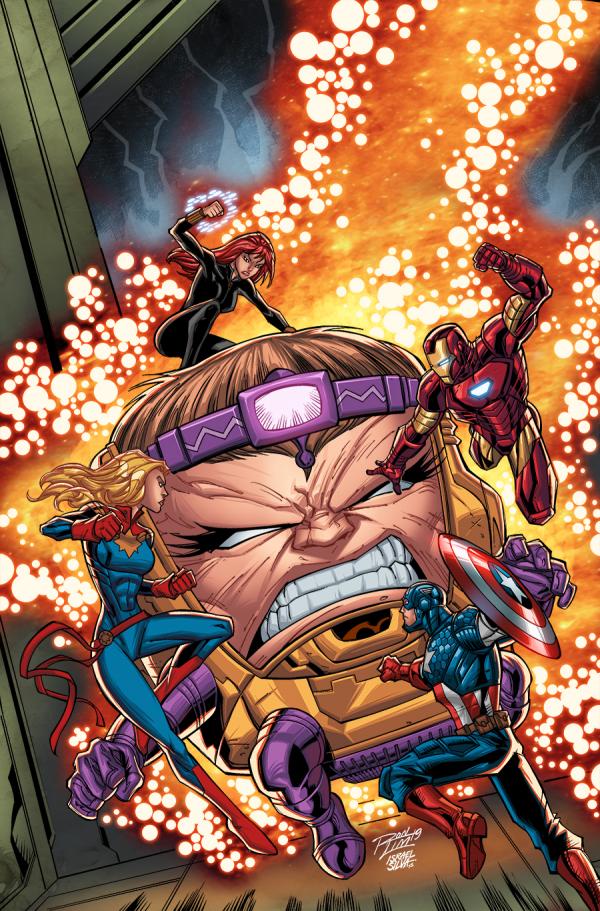 M.O.D.O.K.'S SCHEME REACHES ITS ENDGAME! •  From the wreckage of their moon base, the villainous LUNAR rises again - with a deadly plan for the shards of the COSMIC CUBE!  Join CAPTAIN AMERICA, BLACK WIDOW, IRON MAN and CAPTAIN MARVEL in a race against time that will determine the fate of the solar system! •  But what is M.O.D.O.K.'s plan, and how does he figure into LUNAR's ambitions? All will be revealed as the Avengers fight to save the Earth from the EDGE OF INFINITY! Rated T

Everyone knows that Spider-Man's infamous black suit would someday become the wicked web-slinger called Venom - but what happened BEFORE Peter Parker discovered the black suit's sinister secret? Find out in this dynamic tale from comics legends PETER DAVID and GREG LAND! Set during the original "Black Suit Saga," this is an all-new tale that pits the wall-crawling wonder against that most mystifying of menaces...MYSTERIO! Rated T

THANOS IS DEAD! Executed by the deadliest assassin in the galaxy...his daughter, Gamora. But before their relationship came to a bloody end, how did it begin? Find out in this all new miniseries by Tini Howard (MARVEL KNIGHTS 20TH and AGE OF CONAN: BELIT) and Ariel Olivetti (DEATH OF THE INHUMANS)! Parental Advisory