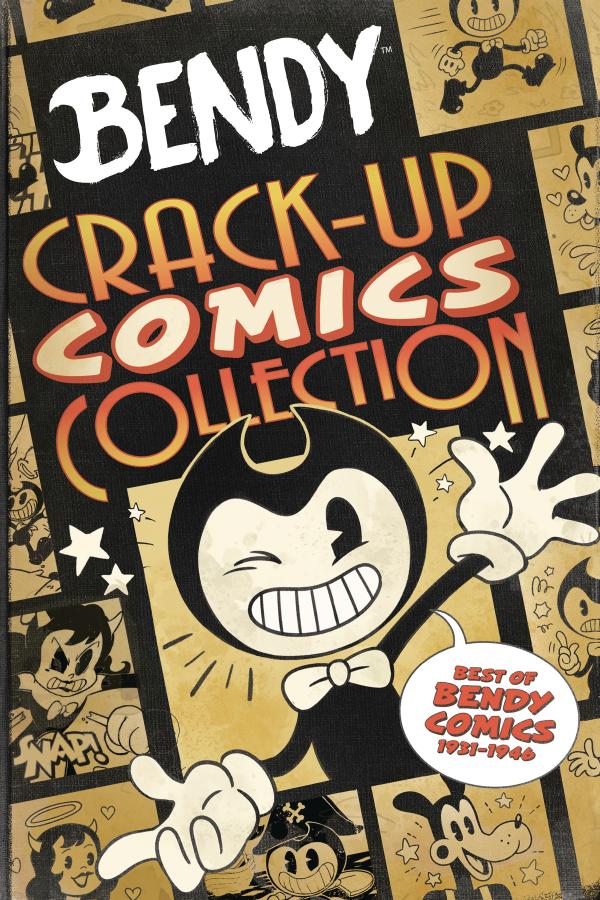 This collection of vintage 1930s-1940s Bendy comic strips is a must-have for those wanting to peek into the silly, scary world of Bendy and his friends! For those dying to know more about the simple, darkly funny cartoons produced at Joey Drew Studios, look no further than this illustrated collection of comics based on the exploits of Bendy, Boris the Wolf, Alice Angel, and all their friends! This collection of vintage comic strip adaptations brings to life the best of the many cartoon features produced by Joey Drew Studios. Fans of all ages won't want to miss this never-before-published romp that brings to life the world of Bendy!