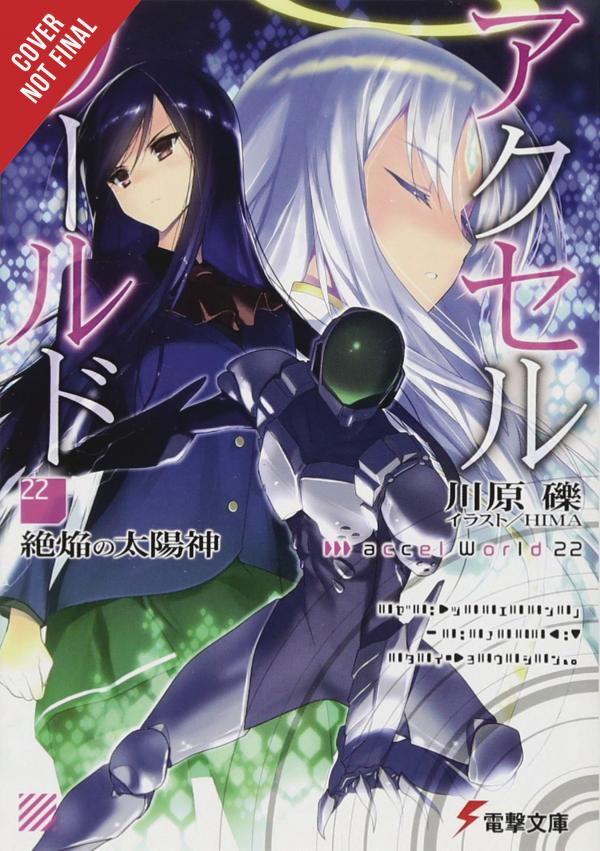 Despite their grueling battle and narrow victory over Oscillatory Universe, Nega Nebulus was unable to get any hard evidence of the connection between the White Legion and the Acceleration Research Society...or so they thought. Thanks to a key exchange captured by Chocolat Puppeter's replay card, they've got all the proof they need! Let the fourth Meeting of the Seven Kings begin! Ages 13 and Up. 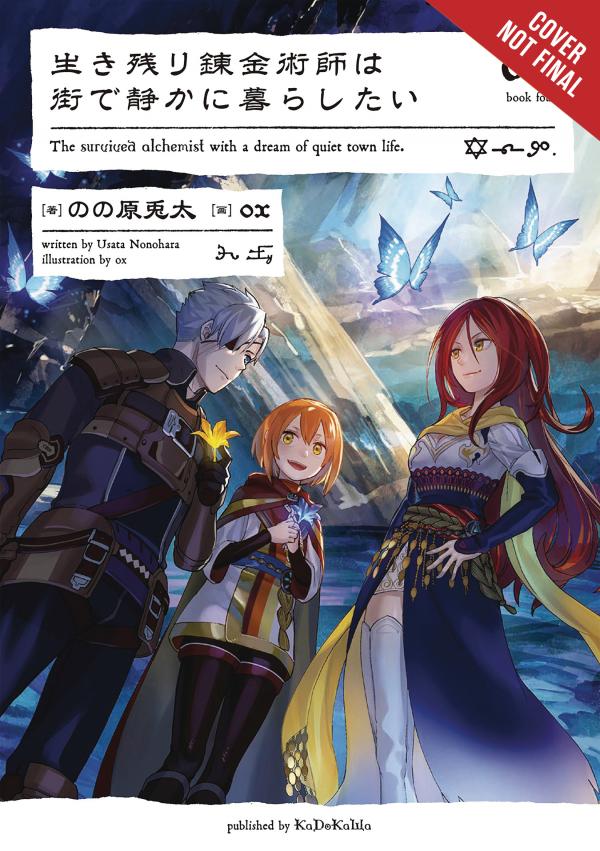 Lynx always makes sacrifices when it comes to protecting Mariela. And that is an indisputable fact. But there are times when he takes it too far-to the great distress of others. While those at the Sunlight's Canopy try to deal with new woes and troubles, none can sense a being with inhuman levels of magic slouching toward the little store... Ages 13 and Up. 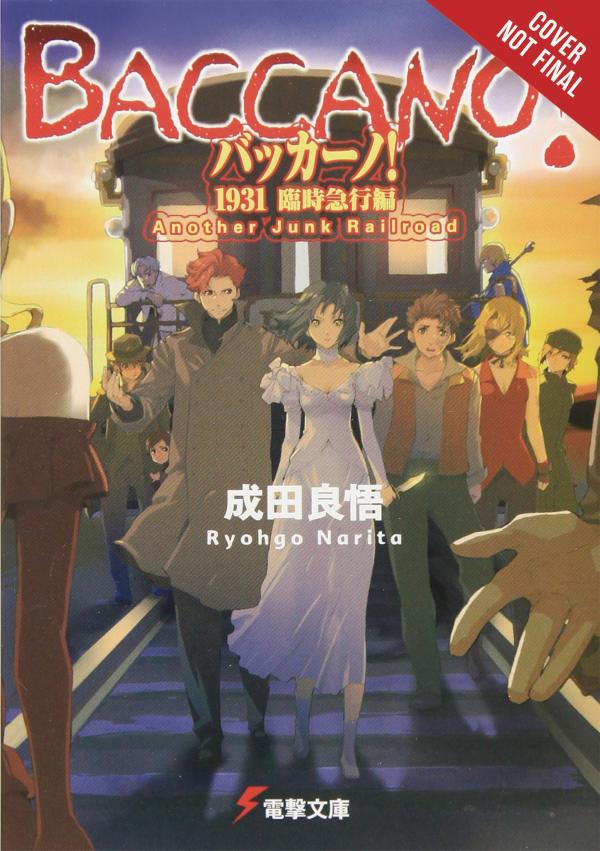 The year 1931. The Flying Pussyfoot incident may have ended, but just because the survivors have arrived in New York doesn't mean their story is over, and the big city has a way of bringing people back together in ways they'd never expect... 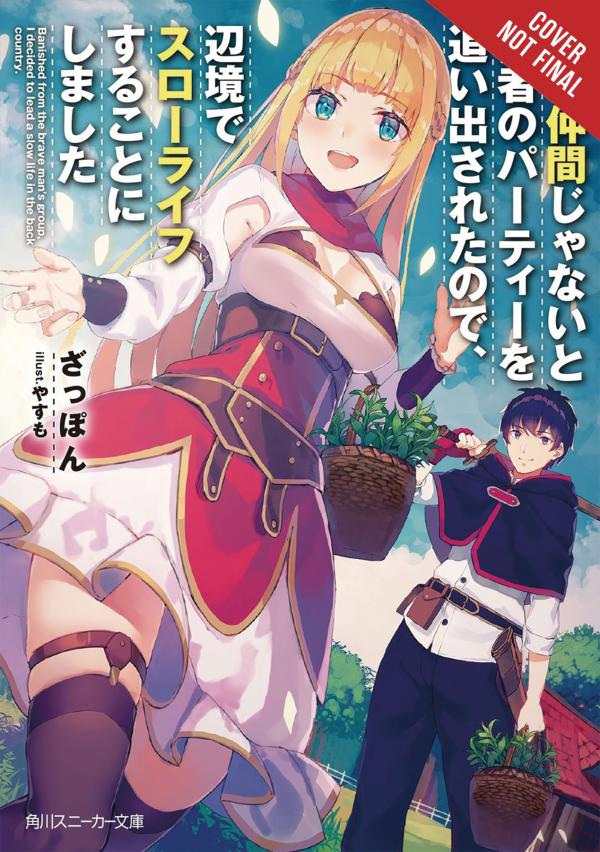 Red was born with incredible powers, and he seemed like the perfect candidate to join the front lines in the fight to save the world-but before he could, he was told this wasn't where he belonged. Instead, he finds his destiny in an apothecary... Age 13 and Up. 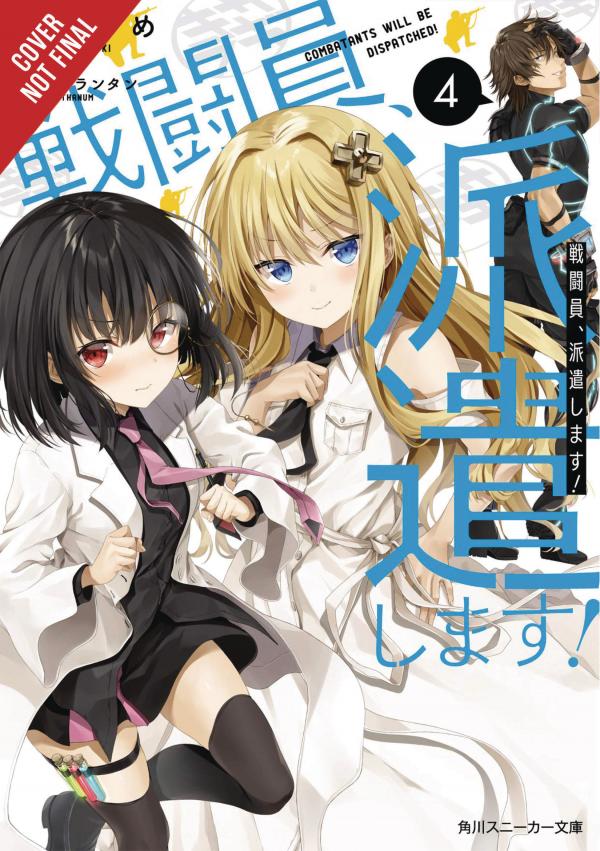 One week after the Undead Festival, Six's latest fortress is blown sky high! In a fit of desperation, the squad decides to call in the big guns. Lilith, one of the Supreme Leaders herself, has joined the party! But in a crazy turn of events, Alice enters a rebellious phase! As every one of Lilith's demands gets shot down, it's all she can do not to burst into tears while Alice makes her feel like an idiot... Age 16 and Up. 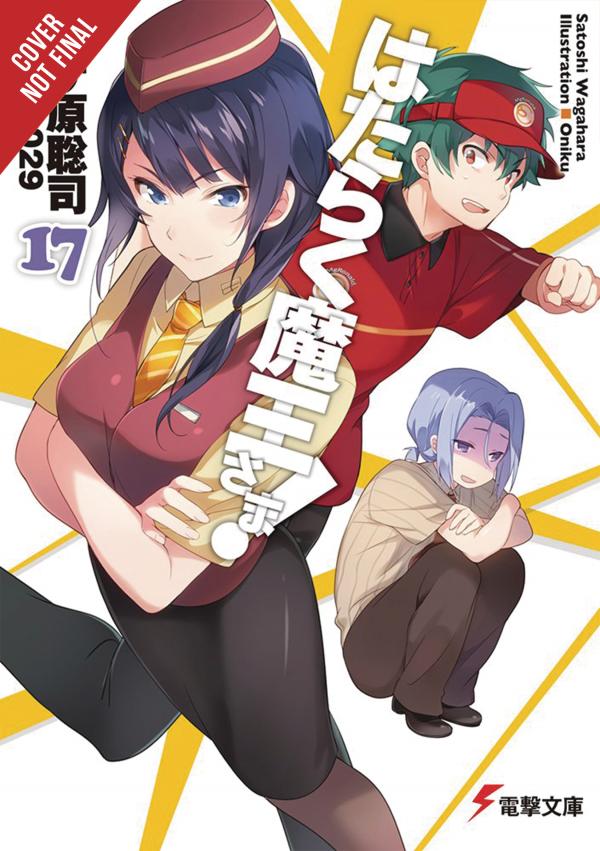 Unspeaking disaster strikes when Maou fails the test needed to become a full-time employee. Right on the heels of this fresh failure, Kisaki suddenly announces that there'll be staffing changes, throwing the entire McRonald's work crew into chaos! Age 13 and Up. 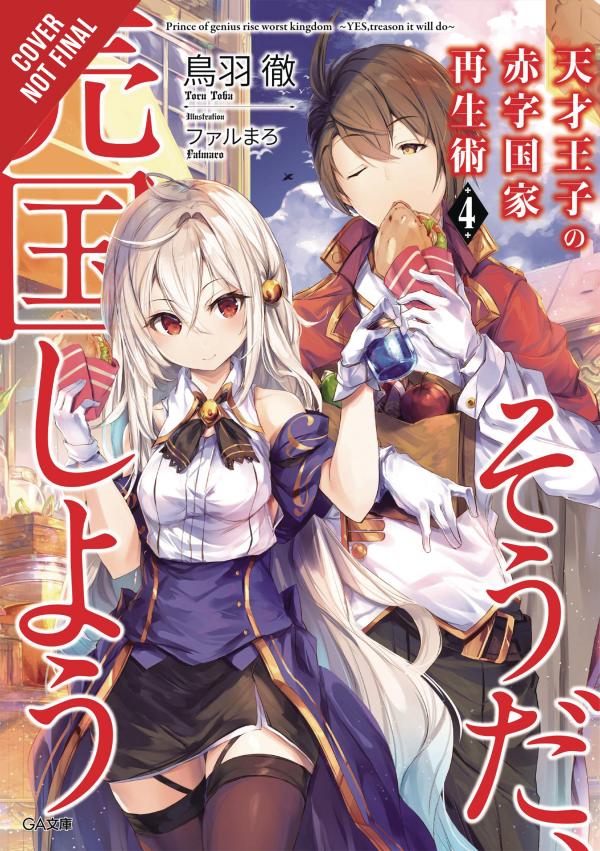 To decide the successor of the throne, the three children of the imperial family must meet to talk through their options. Imperial Princess Lowellmina personally invites Prince Wein to join them in the city, which he successfully declines with dramatic flair. That's too bad, because now he has to deal with a whole new problem: His sister, Falanya, going in his stead! Worried sick, Wein sends Ninym after her, but nothing will soothe his anxious soul...other than going to the Empire himself! Ages 13 and Up. 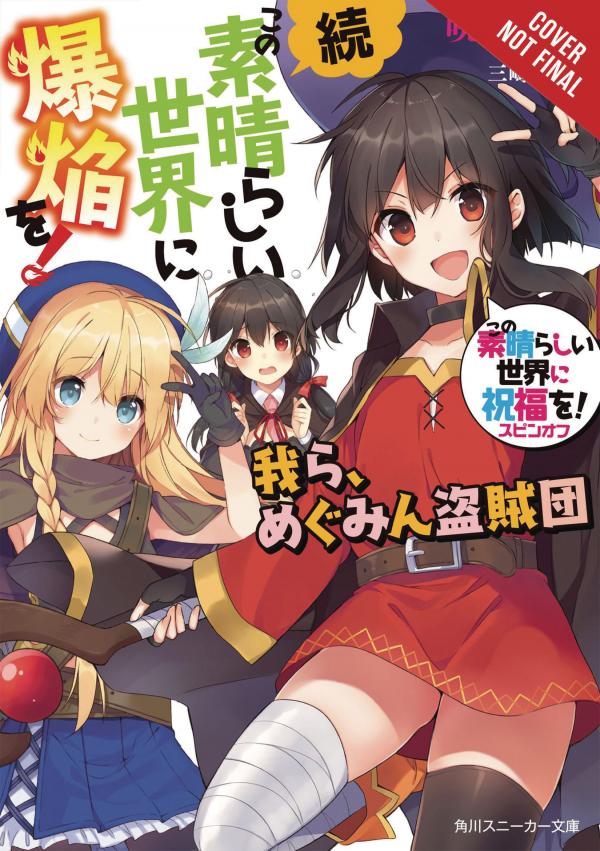 The right magic words can stir a person's soul. For Megumin, those words are "vigilante justice." Join everyone's favorite one-trick wizard, as well as Iris the Headstrong, Cecily the Problematic, and Yunyun...as they get a taste of the righteous bandit lifestyle! "For the sake of justice, there's no line I won't cross! No criminal act I won't commit!" Age 13 and Up. 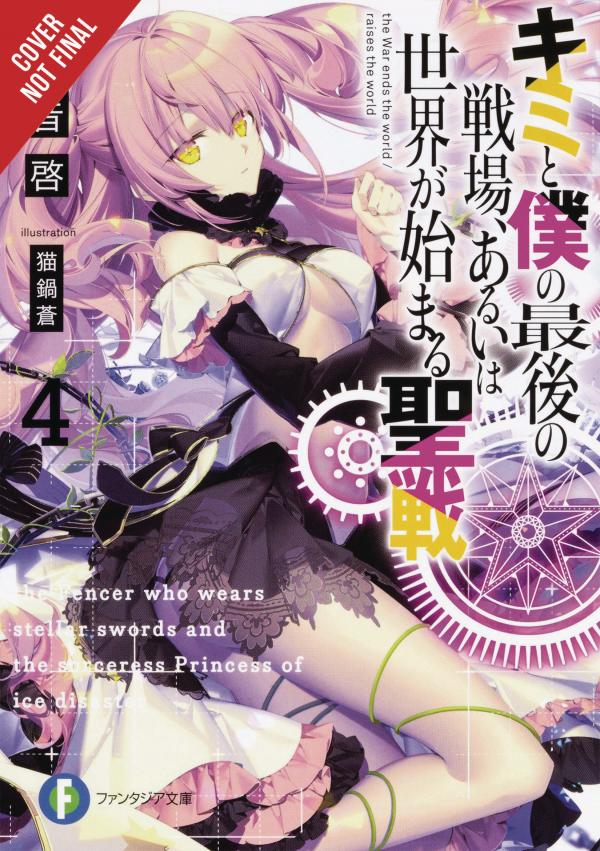 To rest and recuperate from their dangerous mission, the unit is finally granted a short break at a resort. There, they expect to lounge around in their bathing suits and chill out... But things take a turn for the worse when Iska bumps into a certain witch: Sisbell, the one Iska saved from prison, and the one carrying a secret that she'll never repeat, not even to her own blood relatives. When Alice catches wind that her younger sister was snooping around to collect intel on Iska, she starts to make her way to the desert oasis for another reunion, too...! Ages 13 and Up. 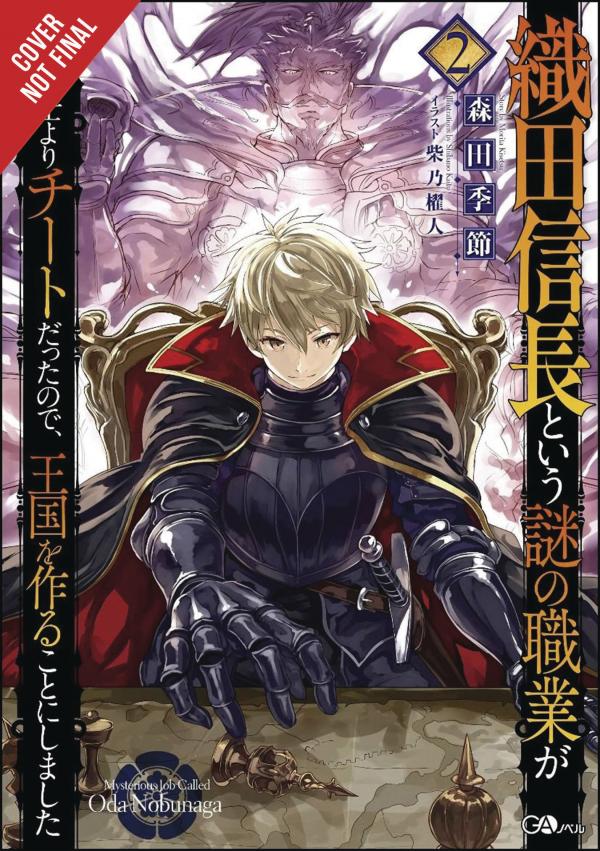 Budding conqueror Alsrod is making extraordinary progress on capturing the entirety of the massive Nagurry Prefecture thanks to his powerful job and mentor Oda Nobunaga. Now he has his sights set on the royal capital and intends to install the son of the former king as the sovereign... But can Alsrod trust his newest vassal - who possesses the equally mysterious job of Akechi Mitsuhide - not to pull the rug out from under him and foil his lofty plans?! Ages 13 and Up. 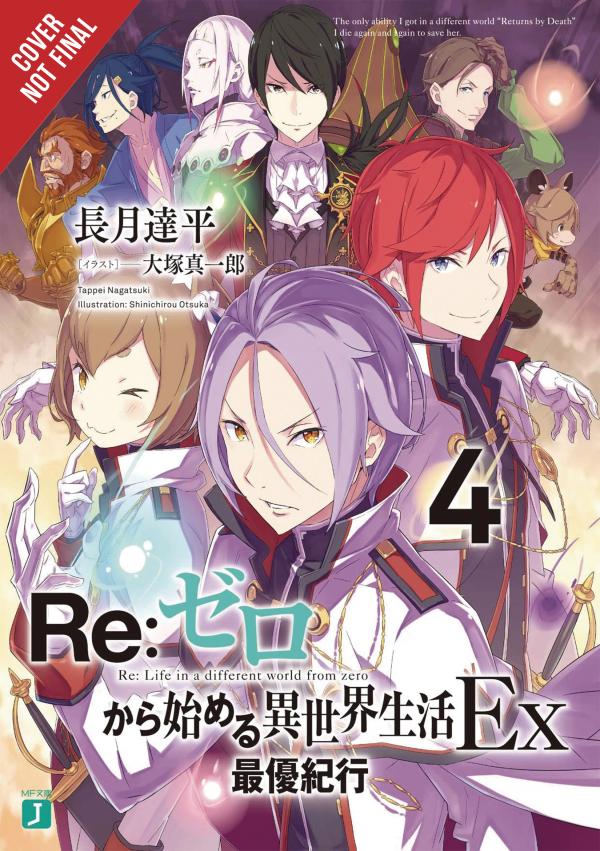 Amid the upheaval after the royal line of Lugunica was broken, the Knights of the Royal Guard are sent to protect an envoy to Volakia, a violent empire often in conflict with the kingdom. Julius, Ferris, and Reinhard are part of this mission, but what will they find there...? Age 13 and Up. 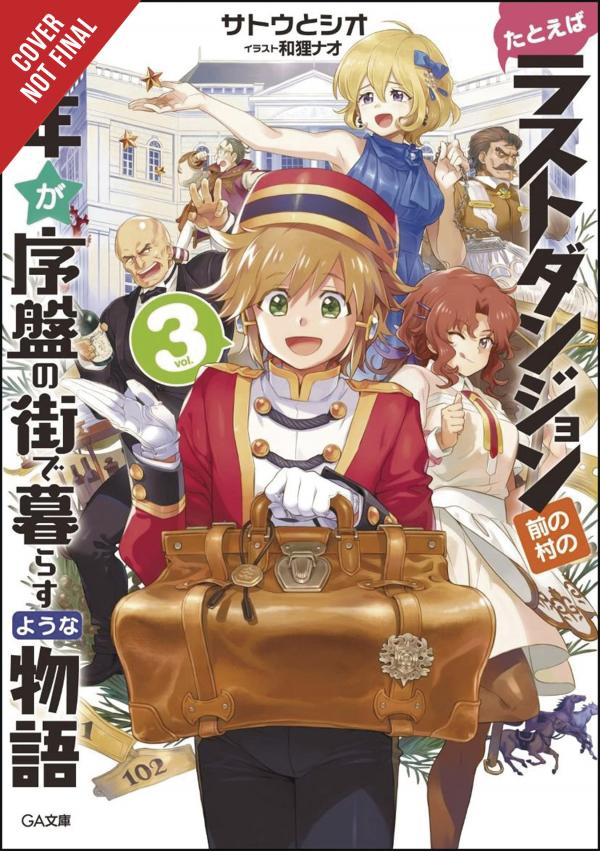 Hailing from the boonies that's birthed more than its fair share of legends, Lloyd is amped about his next challenge-to work part-time as a live-in employee at a luxury hotel! With his over-the-top skills, he has the place squeaky-clean in no time at all, getting everything in the kitchen mise en place. With a cast as eccentric as this one, issues are bound to crop up, but no matter the problem, Lloyd is delighted to be at their service! Ages 13 and Up. 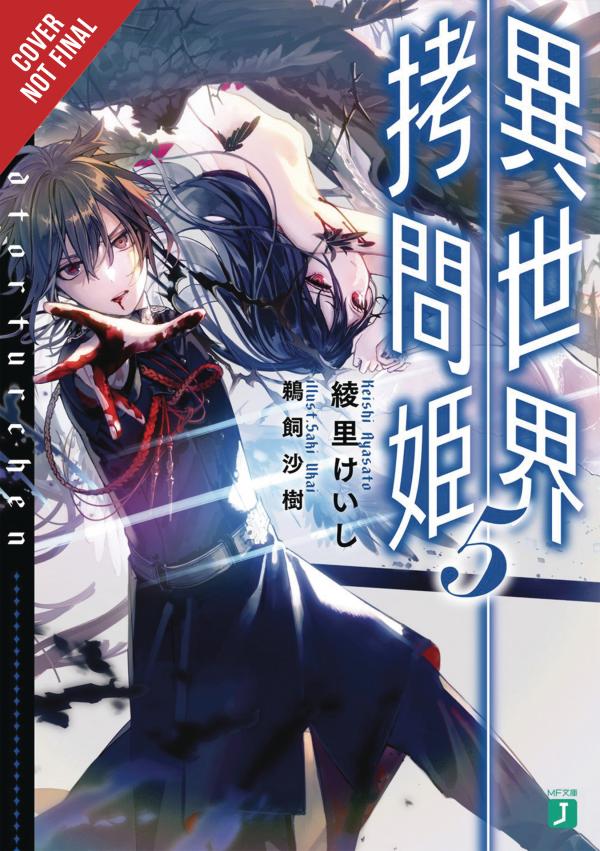 The story should have ended with the fourteen tragedies, but instead it grew even crueler, and forced a terrible choice upon everyone in it. After being invited down into the underground tomb by Jeanne de Rais, the new Torture Princess, Kaito and the others come face-to-face with the truth of the world and elect to cooperate with her to bring about salvation. What paths will Kaito, Elisabeth, Hina, Jeanne, Izabella...and the Butcher take amidst a world that nourishes itself on tragedy? Ages 16 and Up.