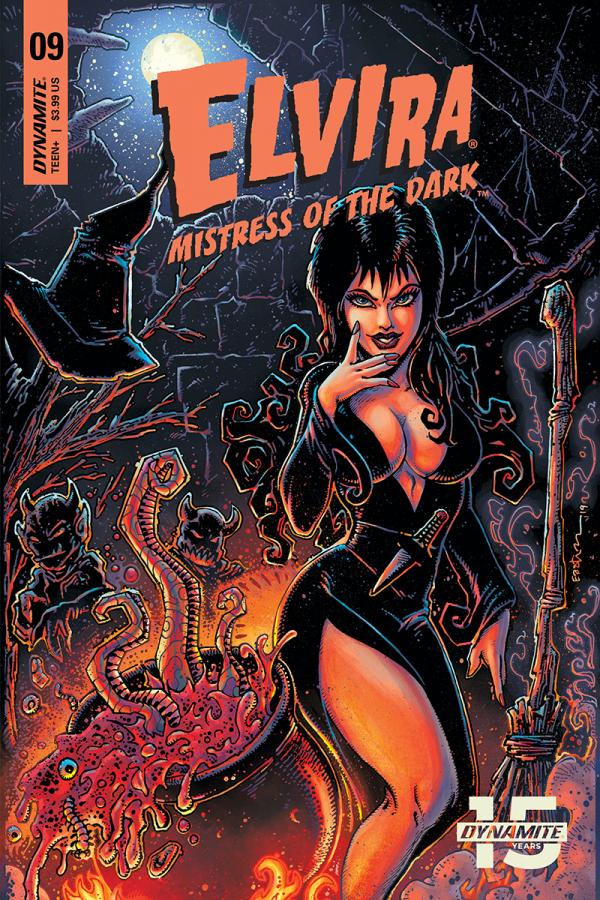 Elvira's traveled through time and been to Hell and back...but does she get to take a breath and recover from her travels? Not in this comic book, friends. Back from Hell, Elvira falls in with a coven of modern-day witches and takes a hot rod broom out for a spin in the sky! Sit down for a spell, and for more thrills, chills and bad puns, as David Avallone (Bettie Page) and Dave Acosta (Twelve Devils Dancing) bring you the Horror Hostess with the Mostest in the next thrilling issue of ELVIRA: MISTRESS OF THE DARK! 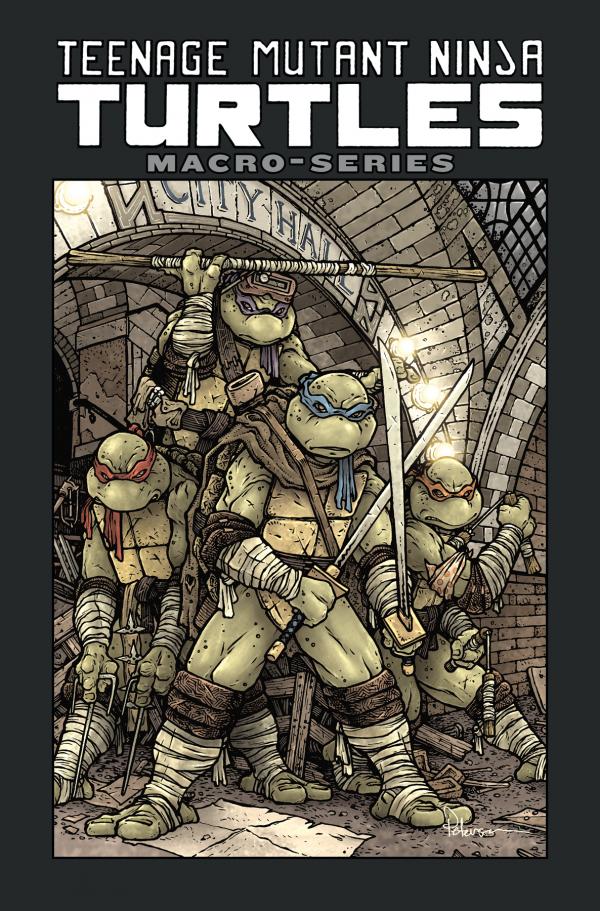 First, Donatello understands that more is at stake than his brothers realize and in order to prepare for the coming conflict, Don will aim to repair his relationship with his mentor, Harold... and his malicious robotic counterpart, Metalhead! Then, Michelangelo's deteriorating relationship with his father, Splinter, reaches a point of no return! Will Mikey fight those he loves to save those who need him the most? Next, Leonardo seeks refuge in Northampton, but danger follows-in the form of Koya and Karai! An epic throwdown will result in Leo making a drastic decision that will quickly alter the course of TMNT history! And finally, Raphael is pushed to his breaking point as he is separated from his brothers and forced to endure an onslaught from the nefarious Bishop unlike anything he has experienced in the past! Advance solicited for June release! TMNT returns to its roots in these stories spotlighting each of the individual Turtles.

"City at War, Part 1." The battle for control of New York City begins! As the city splinters into different human, mutant, and ninja factions, the TMNT find themselves in the middle of the chaos! Eight years of storytelling have led to this! Including the first of eight special "legacy" incentive covers: an IDW TMNT year one homage by Dan Duncan! The storyline that leads to TMNT #100 begins here!