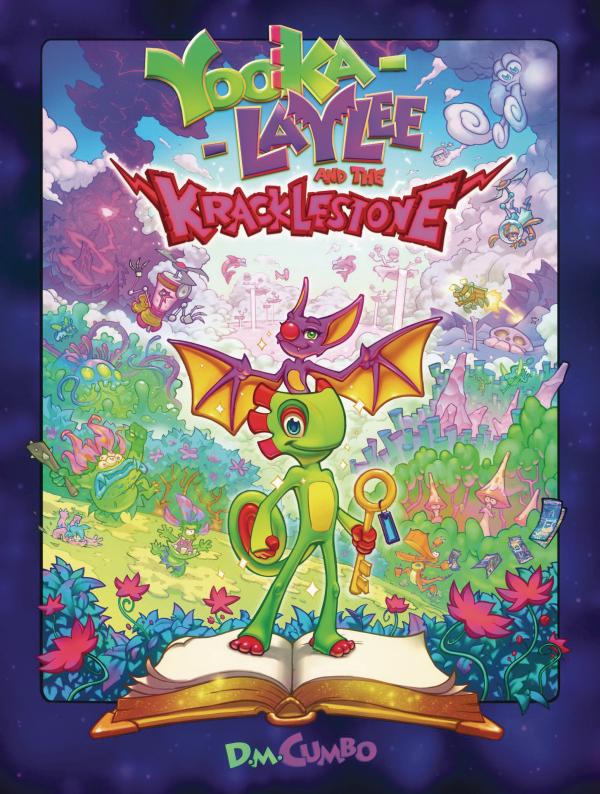 Yooka-Laylee and the Kracklestone features a new adventure for the heroic chameleon and bat duo. After finding a portal to a brand new world, Yooka and Laylee set off to find an especially-rare artefact called the Kracklestone, fabled to grant invincibility. It isn't long before they realize they're in a race against time trying to beat the evil Dr. Quack to the treasure. Only by working together with the many absurd characters they meet along the way will Yooka and Laylee have the chance to beat their nemesis to the treasure and prevent absolute power falling into the wrong hands, er... wings!