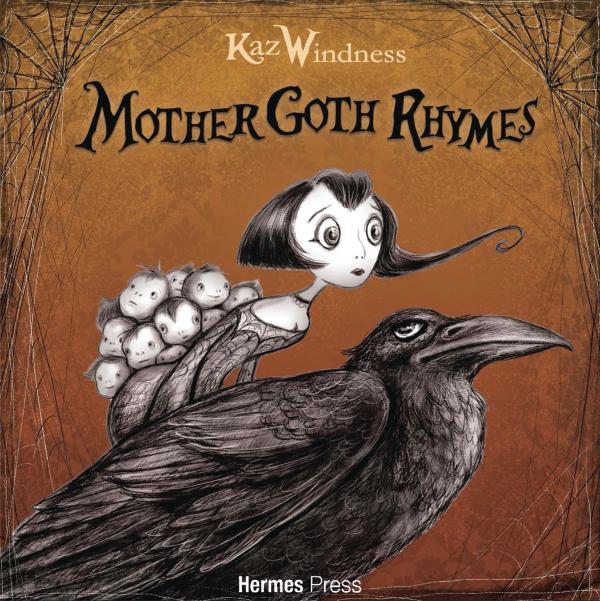 Hermes Press presents the chilling rhymes and illustrations of Mother Goth in her debut book, Mother Goth Rhymes! Mother Goth invites you into her world of grim and gruesome tales that celebrate the macabre with a selection of poems created especially for you! Feel your spine tingle with a new look at some old classics, from "Rock-A-Bye Zombie" to "Roses are Dead," these poems explore the dark underbelly of our childhood favorites. Don't be afraid of the dark, it's more fun there!