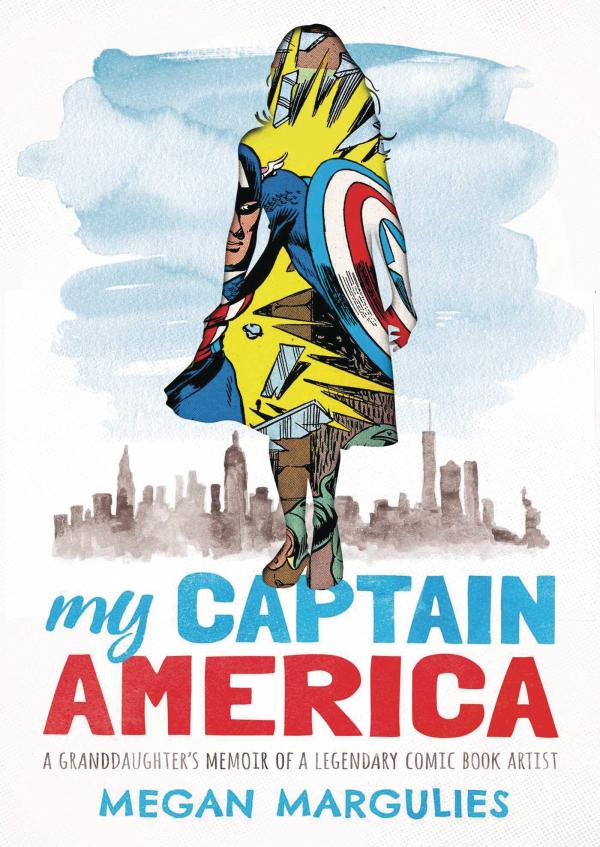 MY CAPTAIN AMERICA A MEMOIR HC

A finely wrought coming-of-age memoir about the author's relationship with her beloved grandfather Joe Simon, cartoonist and co-creator of Captain America. The world inside Megan Margulies' parents' tiny Upper West Side one-bedroom apartment was hardly a respite from the chaos outside, with a family of five occupying the 550-square-foot space. Salvation arrived in the form of her grandfather, Daddy Joe, whose midtown studio became a second home to Megan. There, he listened to her woes, fed her Hungry Man frozen dinners, and simply let her be. His living room may have been dominated by the drawing table, notes, and doodles that marked him as Joe Simon the cartoonist. But for Megan, he was always Daddy Joe: an escape from her increasingly hectic home, a nonjudgmental voice whose sense of humor was as dry as his farfel, and a steady presence in a world that felt off balance. My Captain America offers a tender and sharply observed account of Megan's life with Daddy Joe - and an intimate portrait of the creative genius who gave us one of the most enduring super-heroes of all time.