When Lizel mysteriously finds himself in a city that bears odd similarities to his own but clearly isn't, he quickly comes to terms with the unlikely truth: this is an entirely different world. Even so, laid-back Lizel isn't the type to panic. He immediately sets out to learn more about this strange place, and to help him do so, hires a seasoned adventurer named Gil as his tour guide and protector. Until he's able to find a way home, Lizel figures this is a perfect opportunity to explore a new way of life adventuring as part of a guild. After all, he's sure he'll go home eventually... might as well enjoy the otherworldly vacation for now! This is Volume 2 of the series.

A messenger's duty is to care for and protect the god they've been assigned to. In order to complete these tasks, such messengers require wings. Shin, however, can't fly. His tiny, useless wings make him the target of ridicule and scorn among the other messengers and have kept him from being able to serve a god... until now. Determined to prove himself as a capable messenger despite his flightlessness, Shin accepts his assignment to a mysterious being on one of the nearby mountains. At first, it seems an easy task to keep his charge safe and happy - especially when the deity in question is just a cute, fluffy ball of fur. But things aren't always what them seem.  Recently, messengers flying over the strange god's mountain have been disappearing. Even as suspicion mounts against his deity, Shin just can't bring himself to think that such a gentle god could have a dark side. It's strange, but for some reason... the mysterious, fluffy being feels so familiar to him.

Jack Skellington is the undisputed Pumpkin King of Halloween Town and creative genius behind the most spooktacular scares. Beside him through every great new creepy concept is his ever-faithful ghost pup, Zero. Finding himself lost in a curious land of baked goods, hand-wrapped presents, decorated trees, and joyful caroling, Zero must traverse the unfamiliar world of Christmas Town to find his way home! This deluxe collectors' edition combines the entire Zero's Journey series into one book and re-releases it in a traditional manga format! Exclusive Laminated Softcover at a large premium collectors' edition size! Art reimagined by Kei Ishiyama, the original storyboard artist for the original series! The Bookscan-Ranked Hit and beloved by librarians and Tim Burton fans! Never-before-published cover illustration by Kiyoshi Arai, the original cover artist for the original series! 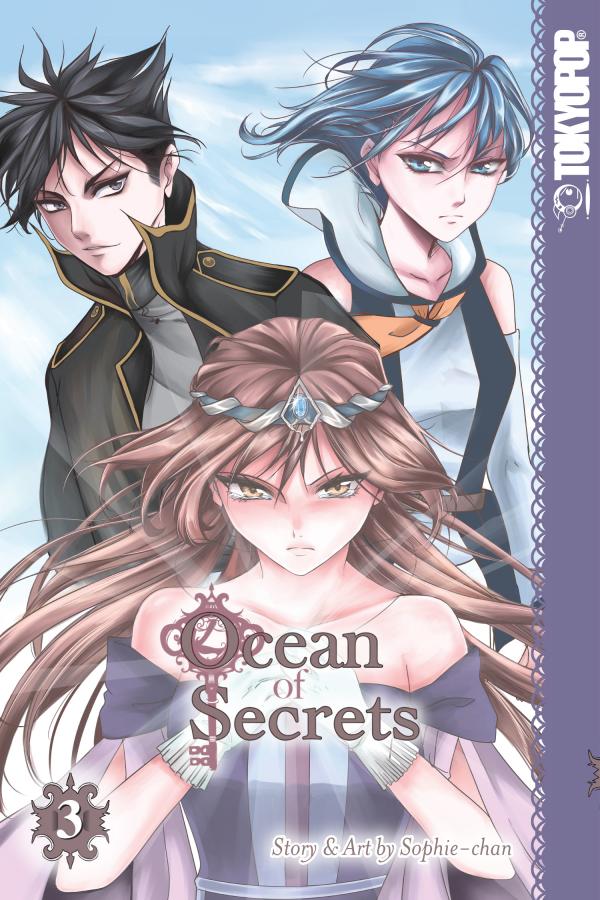 Lia, a 17-year old orphan living by the Atlantic is swept away by the ocean currents during a ruthless storm. She is then saved by Moria and Albert, a duo of illegal runaways on their magical ship! Her normal, mundane life suddenly becomes a supernatural adventure as she learns about the powers of their kind and their relations to the human world. But Lia soon discovers that there is a dark secret hidden in a mysterious kingdom. Join Lia as she unlocks the truth behind an ocean of secrets...  This is volume 3 of the series.